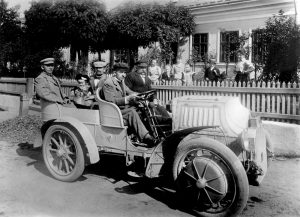 Ferdinand Porsche in one of his early hybrids, circa 1905. While powerful and innovative, his invention was complicated, expensive, and had limited success in North America.

Even as the gasoline car and the electric battled for dominance in the early car market, some people in the industry sought an alternative solution, one that combined the smoothness and quiet of the electric with the range of the gas car. In 1900 German engineer Ferdinand Porsche developed the first hybrid car, setting the standard for the first generation of hybrids – which used gasoline generators to power electric motors that drove the wheels. Hybrids were never popular. Although they offered many benefits on paper, they tended to be expensive and complicated, with all the costs and flaws of gas and electric cars.

The story of Canada’s first hybrid begins in 1914, with the failure of Canadian Motors Limited of Galt, Ontario. 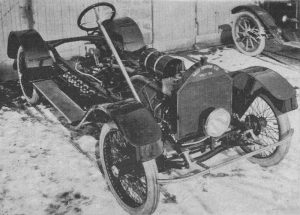 A partially assembled Galt hybrid, circa 1914. Made mostly from leftover Canadian Motors Galt parts, it had a gasoline engine under the hood and batteries in the sideboards.

The wealthy members of Galt’s textile industry had put together the funds to start a car company in 1911, but by the end of 1913 constant manpower, staffing, reliability, and pricing issues had put Canadian Motors Limited completely out of business. The factory and a few remaining cars were bought by Moffat St. Clair and Eddy Fleming, two local electricians who ran a power-generator company. Making plans to try their hands at a hybrid car, they sold off ten remaining Canadian Motors cars for seed money. 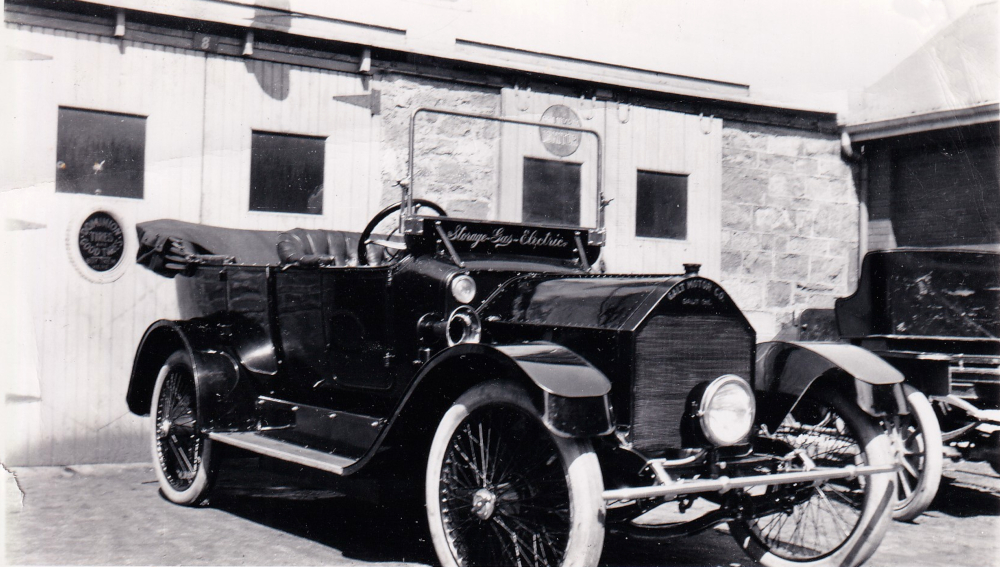 The finished Galt Storage-Gas-Electric car, one of only two built.

In August 1914 they announced the launch, under the umbrella of their new Galt Motor Company, of Canada’s first “storage-gas-electric,” a hybrid in the style of Porsche. The Galt had no gearbox or transmission and offered eight different driving speeds, with a top speed of nearly 50 km/h. It had all the range of a gasoline car and an emergency electric-only mode that allowed it to squeeze another 30 kilometers from its batteries. 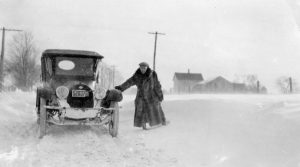 The Galt, built on the body of a Canadian Motors touring car, was fitted with an unusual cyclops headlight that turned with the wheels. It was, by all accounts, a powerful and exotic vehicle. Unfortunately, the citizens of Galt were sick and tired of motor-car production after the failure of Canadian Motors. Fleming and St. Clair had no local support and little money for advertising. They ended up building only two Galts, but one was badly damaged in a crash and eventually returned. The second Galt car was used a great deal, but only as an emergency generator for the local silent movie theatre.

Fleming and St. Clair continued their generator business, but largely abandoned the car. St. Clair kept tinkering with it, and in 1927 did several tours of New York and Chicago with an updated version of the vehicle, but failed to make much of a splash.

The Galt had little influence on the Canadian car industry, but represents one of the last attempts by Canadian inventors to develop their own alternative energy vehicles to compete with the dominance of the gasoline car. 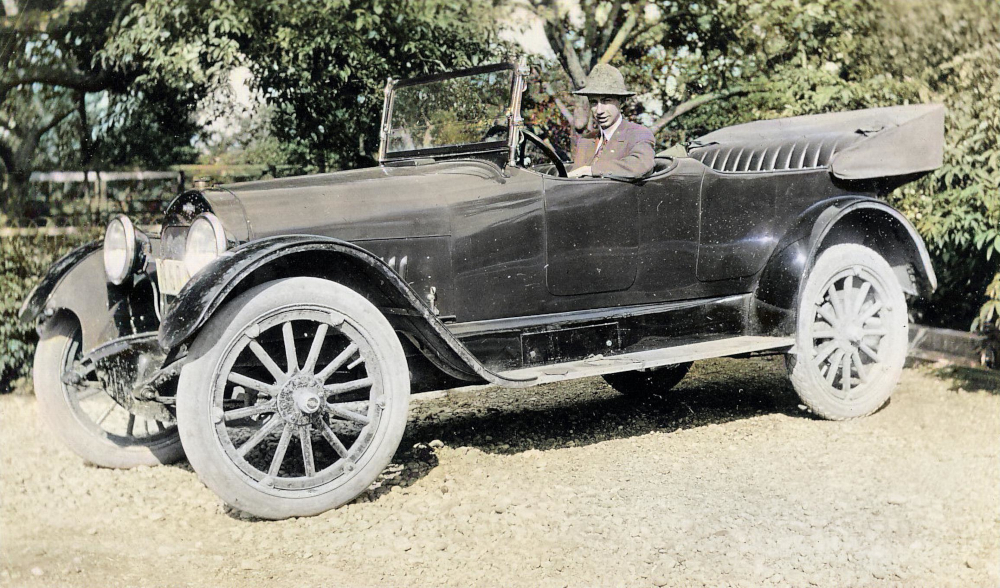 Moffat St. Clair sitting in his updated Galt, circa 1927. Despite the car’s advanced design, he was unable to find investors willing to support his concept for a hybrid vehicle.