The first nail in the coffin of the early electric cars was the untimely death of American auto magnate Byron Carter in 1908. While attempting to hand-crank a stalled car, Carter was struck by the recoiling crank, shattering his jaw. He contracted pneumonia while recovering in hospital and died shortly thereafter. His demise spurred the U.S. auto industry to search for new starting methods for gasoline vehicles. 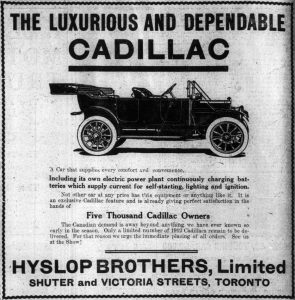 The success of the 1912 Cadillac with its electric self-starter led to dozens of imitators from other companies, and an industry standard that would kill any chance the electric had.

>By 1911 Charles Kettering of Dayton Engineering Laboratories (Delco), a GM affiliate, had invented a starter motor powered by a simple lead-acid battery. Delco electric starters were first sold on the 1912 Cadillacs and quickly took the industry by storm. Suddenly, one of the gas car’s main disadvantages had vanished; it too could be started with the push of a button, without the need for dangerous cranking.

The second nail came as the auto market shifted towards the middle class. The growing popularity of inexpensive cars, spearheaded by the Ford Model T and the Chevrolet 490, led to massive gains for gasoline manufacturers, and electric companies simply could not keep up. Electrics could not be made less expensive; lead-acid batteries were efficient when used on a large scale, as in streetcars, but the technology did not exist to make them smaller, lighter, or less complex to make. 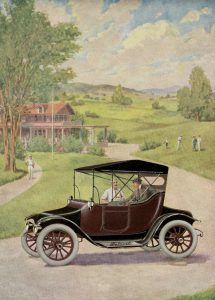 A catalog image for the Detroit Electric Roadster from 1914. Before the 1910s, electric car advertising was aimed at women, emphasizing comfort, safety, and convenience. With the rise of the electric starter, companies started targeting a male audience, with little success.

Many owners had adopted electrics because of their cheaper operating costs, only to discover that maintaining batteries and home-charging stations was as expensive, or more expensive, than the rapidly dropping price of gas. New technologies such as the nickel-iron battery were supposed to “fix” the electric’s range problems, but they proved to be even more expensive than the lead-acid batteries they replaced.

The final nail was the First World War. The militaries of the world adopted gasoline trucks (with their low cost) almost exclusively. Frontline conditions proved to the world that the upstart gas engine had the reliability to function in the roughest possible environments.

The gasoline car dealers have branded the electric as a car for the aged and infirm and for the women, and [electric car companies] have accepted it[.] It is all wrong […] Why create the impression one must be a millionaire to own an electric? 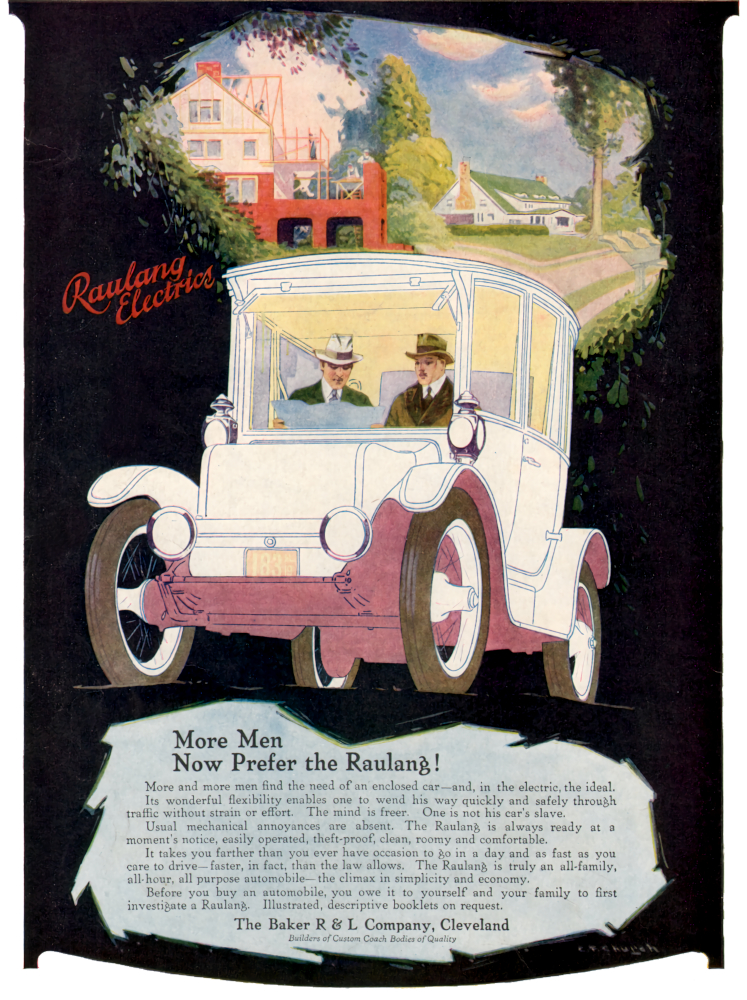 An add for Raulang electrics from 1919, with a somewhat desperate-sounding tagline.

The electric industry was not blind to these changes, but electric car companies were either too small to make the shift towards a mass market, or did so too late. Electrics had long been marketed to women (and upper-class women at that), which did much to limit their general appeal. Companies realized too late that advertising speed, performance, and adventure was more effective than advertising comfort and quiet. The electric vehicle market had pigeonholed itself into oblivion.

The [electric]… is not just a lady’s car. […] Some manufacturers thought they were doing a great and wise thing when they promulgated that idea from coast to coast. I believe much harm has come to the electric vehicle by that sort of advertising.

By the 1920s the vast majority of North American electric car companies had either gone out of business or shifted over to manufacturing industrial vehicles, such as forklifts and mine trucks. The battery industry was still going strong – every car with an electric starter, after all, needed a battery – but its development was focused on safety and compactness, not the power needs of electric vehicles. The first wave of electric vehicles was over. 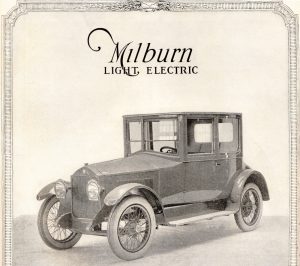 In an auto market increasingly dominated by gasoline cars, some automakers redesigned their electrics to look more like the competition, as in the case of this 1918 Milburn sedan.