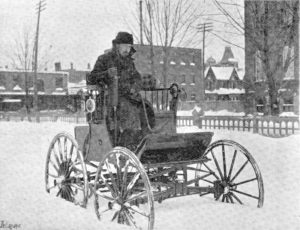 William Still demonstrating one of his early electrics in 1900. Still deliberately built his cars, including the Fetherstonhaugh, with high seats for good visibility on snowy or muddy Canadian roads.

The story of the electric car in Canada begins with a British engineer, William Joseph Still. A successful inventor of steam and electrical technologies on both sides of the Atlantic, he had been tinkering with electric vehicle concepts for years. In 1893 he approached patent lawyer Frederick Barnard Fetherstonhaugh of Mimico, Ont., with a new lightweight electric battery design. Fetherstonhaugh was strongly interested in electric technology – he and Still had worked together for several years – and was taken with the new invention. 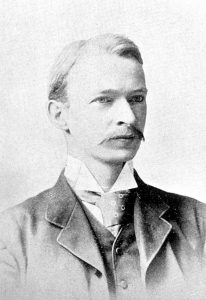 F.B Fetherstonhaugh, from a portrait taken in 1891. An experienced electric tinkerer himself, he helped Still and Dixon Carriage design Canada’s first electric car.

Still believed that his lighter lead-acid battery was perfect for use in an electric road vehicle, and Fetherstonhaugh did not need much convincing. He commissioned Still to design a quiet, light-weight electric automobile for him – a vehicle that would let him commute to work in style and comfort.

Fetherstonhaugh was directly involved in the construction of the vehicle, built by the Dixon Carriage company at the corner of Bay and Temperance in downtown Toronto. The end result was a vehicle far ahead of its time.

Fitted with 12 Still lead-acid batteries driving a 4-horsepower DC motor, the Fetherstonhaugh could manage an hour of driving at a respectable 24 kilometers an hour. It weighed 700 pounds, slightly heavier than contemporary gas cars, with just over half the weight being occupied by its power system. Its designer wanted all the cutting-edge comforts, and got them. The Fetherstonhaugh had a full set of electric lights, a folding top, and wire-spoke pneumatic wheels at a time when most electric still used wooden wagon wheels. By all accounts it was exactly the smooth, speedy, and whisper-quiet ride Fetherstonhaugh had wanted. 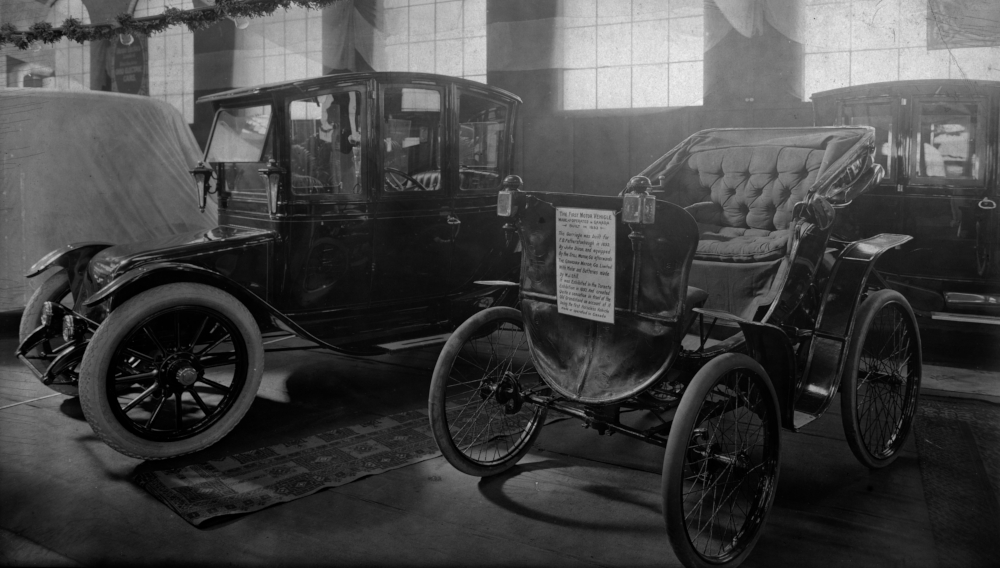 The Fetherstonhaugh electric (right), on display at the 1912 Toronto auto show. Although still very much a carriage with a motor attached, it was a fast, reliable, and extremely advanced vehicle for the time. 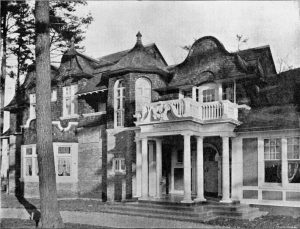 Lynne Lodge, Fetherstonhaugh’s Mimico home, was one of the first electrified houses in Canada.

Canada’s first electric auto was in use for more than a decade. Fetherstonhaugh’s house was one of the first fully electrified homes in Toronto – which meant that he had no trouble keeping the vehicle charged. He could power it either directly off the local electric streetcar line or through a home generator that Still eventually designed for him. 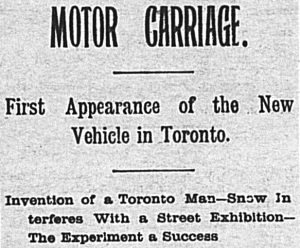 A newspaper headline indicates the first public demonstration of the Fetherstonhaugh. Not surprisingly for Canada’s first car, the demo had to be held inside due to heavy snowfall.

Fetherstonhaugh’s car got noticed, and fast. It was briefly shown at the 1893 Canadian National Exhibition, publicly demonstrated in 1896, and returned to the CNE in 1906. By then Fetherstonhaugh had added a glass windshield, one of the first on a car in North America. Several local clients called on Still to build more electric cars, and the beginnings of a Toronto electric car industry began to take shape. Despite that early success, the Fetherstonhaugh car disappears from the historical record after 1912; its final fate is unknown.