What triggered the next major era in electric vehicle development was not new technological developments, but geopolitics and economics. Two oil shortages, or what the North American public thought were oil shortages, combined with a major recession to make gasoline cars seem less attractive. Conditions pushed auto makers towards electrics. 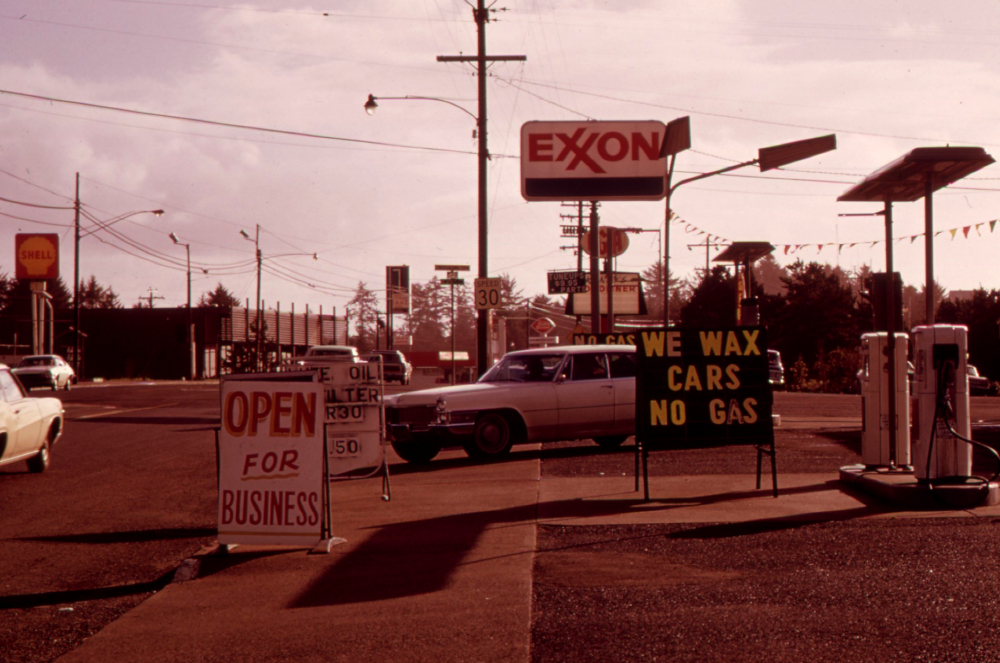 The trade warfare resulting from the 1973 Arab-Israeli War led many North American gas stations to ration, limit gas sales, or even stop selling gas entirely, as seen at this station in Oregon.

The outbreak of the 1973 Arab-Israeli War pushed many of Israel’s allies, most prominently the United States, to send military aid. In retaliation, several of the combatant nations and their supporters, chief among them Saudi Arabia, drastically reduced oil production and export to North America and a substantial portion of Western Europe. The restriction of oil hit the United States and Canada particularly hard. Both countries had seen their national petroleum production peak around 1969 and were importing more oil than they had in the past. The effects of the embargo were dramatic; oil prices worldwide tripled in less than a year, and oil rationing and long lines at the gasoline pumps became common across Canada and the United States.

While oil prices stabilized somewhat after the end of hostilities and the embargo, the North American economy had been on shaky ground for months before the outbreak of the war. The world was experiencing the worst economic recession since the Great Depression. There was a loss of faith in big North American manufacturing, and a growing perception, especially in the United States, of an over-reliance on foreign resources and energy. The changes led to an increased interest in alternative energy, a lowering of the highway speed limit to save gas, and emissions regulations for cars. 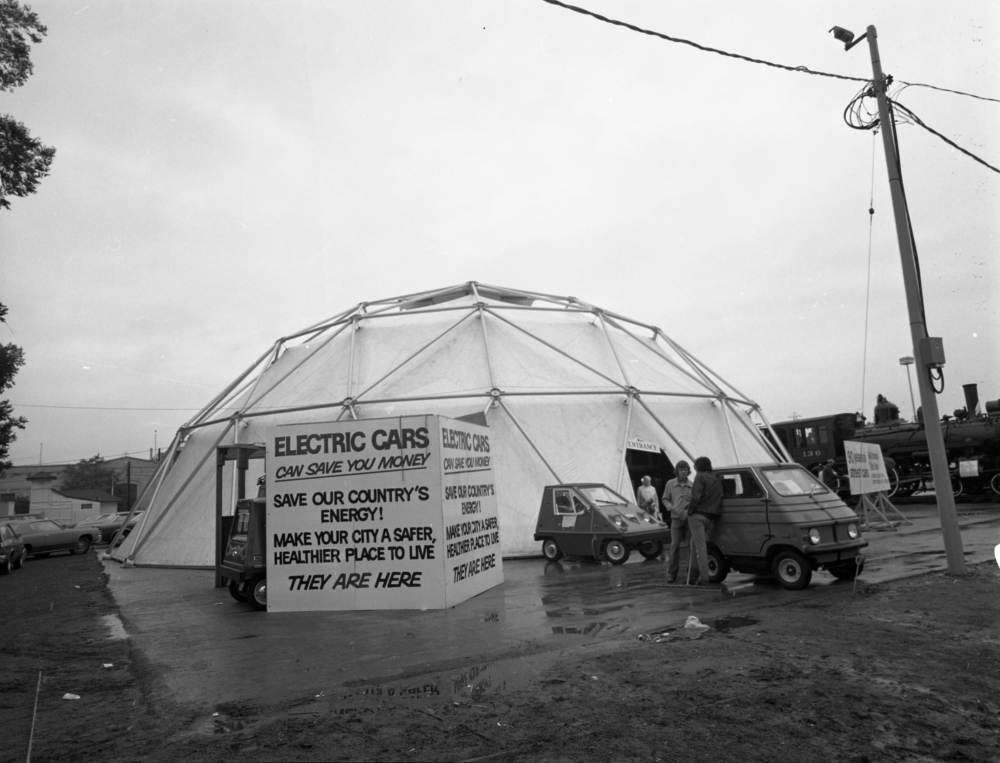 The electric car pavilion at the 1975 Canadian National Exhibition. For many the growing “energy crisis,” and awareness about worsening pollution, made adopting electrics the moral thing to do.

The Iranian Revolution of 1979 caused Iran to cut its oil production by almost three-quarters. While this was a drop in the bucket internationally, it caused other oil-producing countries to raise their prices. In North America the news triggered waves of panic-buying over fears of more oil shortages; drivers idling their cars in lines at gasoline stations wasted millions of litres of oil. It was a “crisis” in name only, but it spurred more interest in electrics. 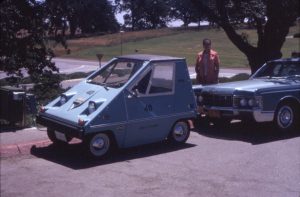 The triangular, two-seater Sebring-Vanguard Citicar, sold across North America, was one of the most popular electrics of the 1970s.

The electrics of this era were not necessarily any better than their predecessors. In fact, many were worse. Still, they were built and often marketed under the assumption that electrics were going to be not just interesting to the consumer, but vitally important.