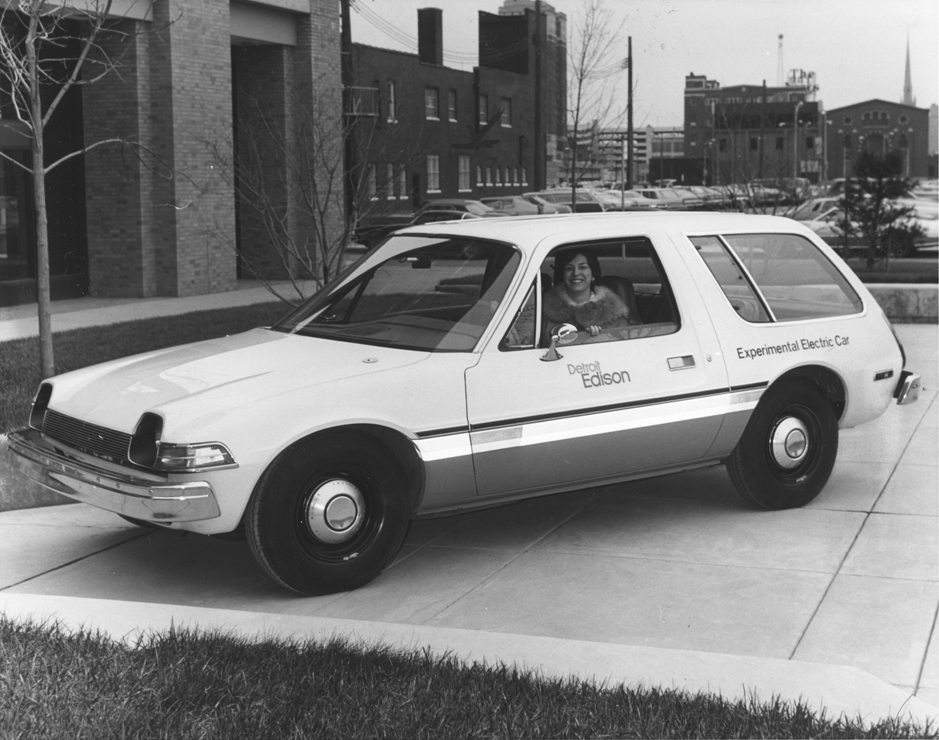 A 1977 AMC Pacer converted by the Detroit Edison electric company for use as a mail carrier. Such one-off electric conversions were common during the Energy Crisis years.

Vehicles developed in response to growing public concerns over oil prices appeared on both sides of the Canada-U.S. border in the late 1970s, though with little commercial success. 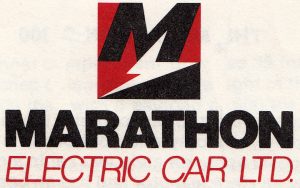 Canada’s first commercial electric car since the Tate, more than 60 years earlier, the C-300 was developed by Marathon Electric, a Montreal-based manufacturer of golf carts, boat motors, and industrial vehicles. The company adapted the chassis of the compact Ford Pinto into a boxy electric two-seater that came only in yellow. 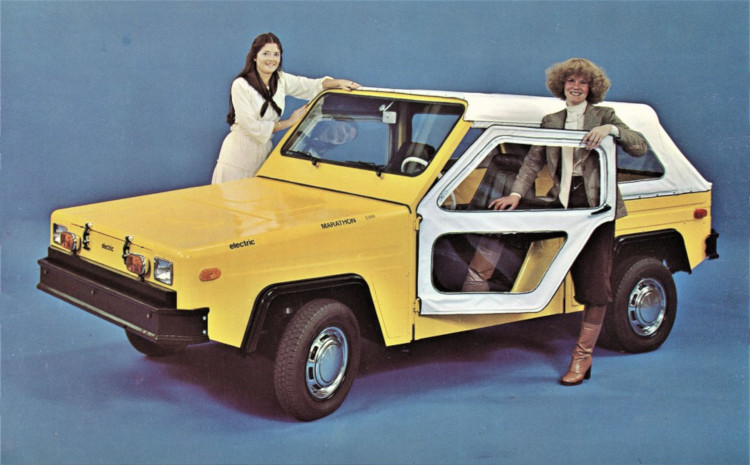 The C-300 was typical of the Energy Crisis cars. It had mediocre performance and – capable of 60 km/h for a maximum range of 50 kilometers – was not going to break any distance records. Still, it was relatively inexpensive and immediately available for consumers worried about not being able to afford a gas-guzzler. Between 1977 and 1980 Marathon sold more than 600 C-300s, and its larger van cousin, the C-360, before deciding to drop its commercial vehicle department. 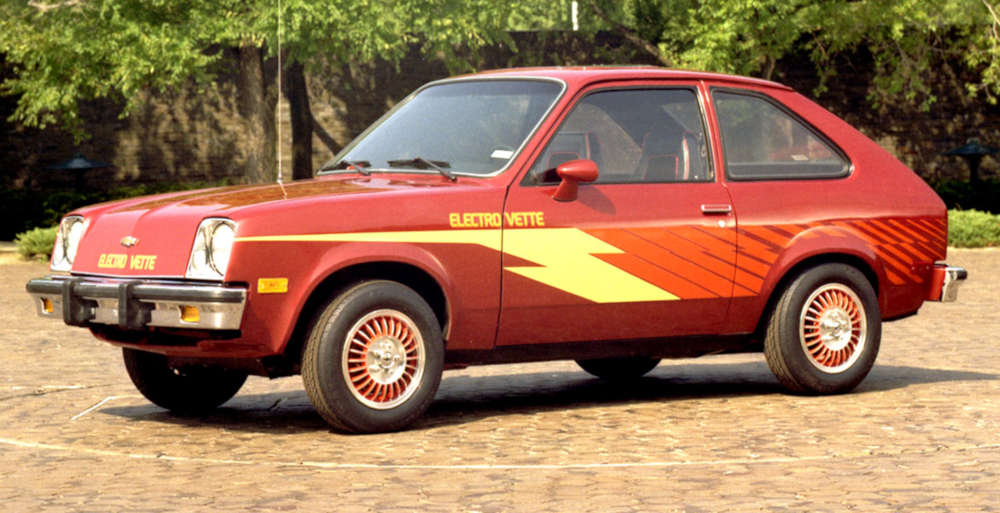 The Electrovette was a distinctly un-revolutionary car – manufactured less for the sake of advanced technology and more as a proof-of-concept for a commercial car if oil prices got worse.

First demonstrated to the public in 1978, the Electrovette was the result of two years of development at General Motors in an attempt to produce a small electric car that would be inexpensive to purchase and maintain. Based on a shortened Chevette compact car platform, its nickel-zinc batteries and 63-horsepower electric motor gave it a range of around 80 kilometers with a top speed of around 85 km/h. For all that GM claimed that one in ten cars on the road in North America would be electrics by 1995, with the Electrovette leading the way, the concept was never fully marketed or released.

GM wanted to keep an electric car concept ready to deploy on short notice if gas prices continued to climb, but the Electrovette was not yet quite there. Its batteries, after proving to be highly unreliable, were quietly switched for lead-acids in the “final” version of the test bed. The company also refused to specify a price for the car. GM engineers admitted that, without new breakthroughs in battery technology, electrics just would not be able to live up to the hype.

By 1980 the Electrovette had been sidelined and forgotten, doomed by the return of inexpensive gasoline.

The economic instability and energy crises of the 1970s marked a turning point for the auto industry. While electrics did not take off as many industry enthusiasts had hoped, the groundwork was laid for new developments and innovation in the field.