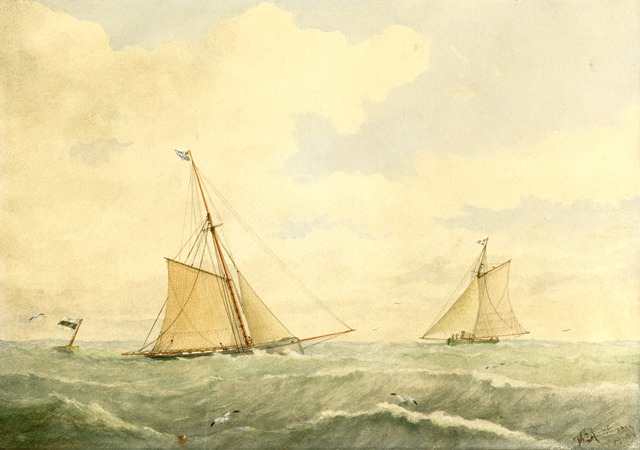 In the late 1800s, Cobourg became renowned for its sailing regattas and yachting. The harbour at Cobourg was typically the third point in a race between Toronto, Rochester and Cobourg. One of Cobourg’s most famous yachts was the Gorilla – described as “ugly as sin and swift as Satan”.

Alexander Cuthbert, a schooner captain, shipbuilder, professional sailor and yacht designer, was also an avid racer and raced many of the boats that he built. After building several yachts, he designed and built the Countess of Dufferin on Cobourg’s East Pier. 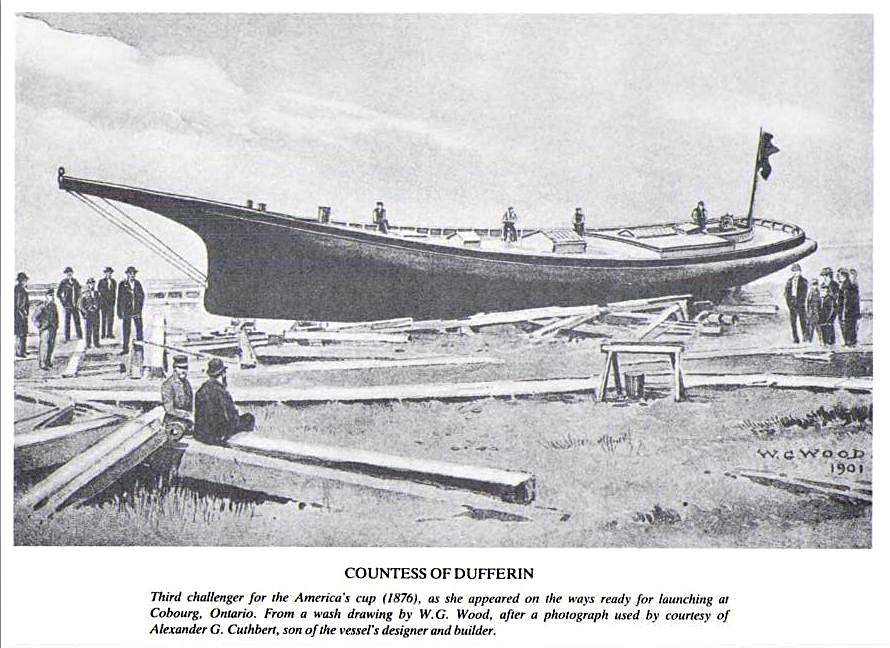 The Countess of Dufferin being readied for launch at Cobourg Harbour.

On behalf of the Royal Canadian Yacht Club, he entered the Countess in the 1876 version of the prestigious America’s Cup Challenge race. He lost, beaten by an American ship, the Madeleine. Undeterred, Cuthbert tried again in 1881, but again did not win. 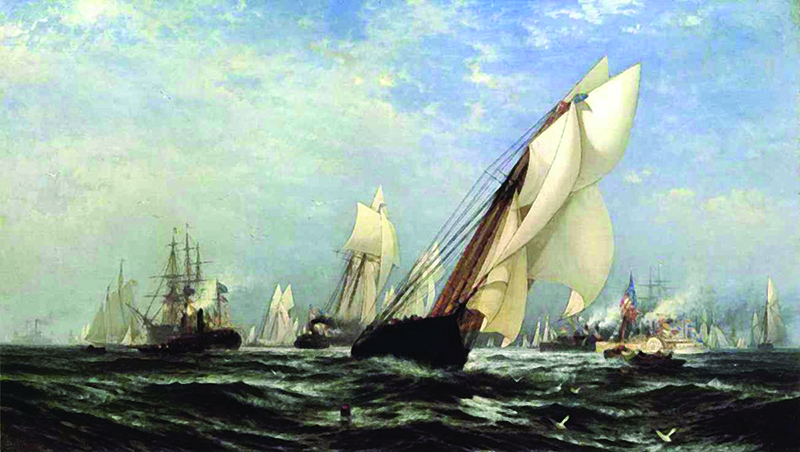 Captain Cuthbert still lives in lake lore for his famous “Cuthbert gybe”. Running before the wind, without a word of warning to the crew he would roll the wheel hard and swing the mainsail to twist the stern of the yacht around, preventing the wind from filling the mainsail.  This would stop the vessel in its tracks! 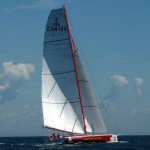 Some 130 years later another great racer was built in Cobourg.  Launched in 2006, Derek Hatfield’s Spirit of Canada competed successfully in gruelling single-handed around-the-world events, carrying with her the names of thousands of Canadian supporters.