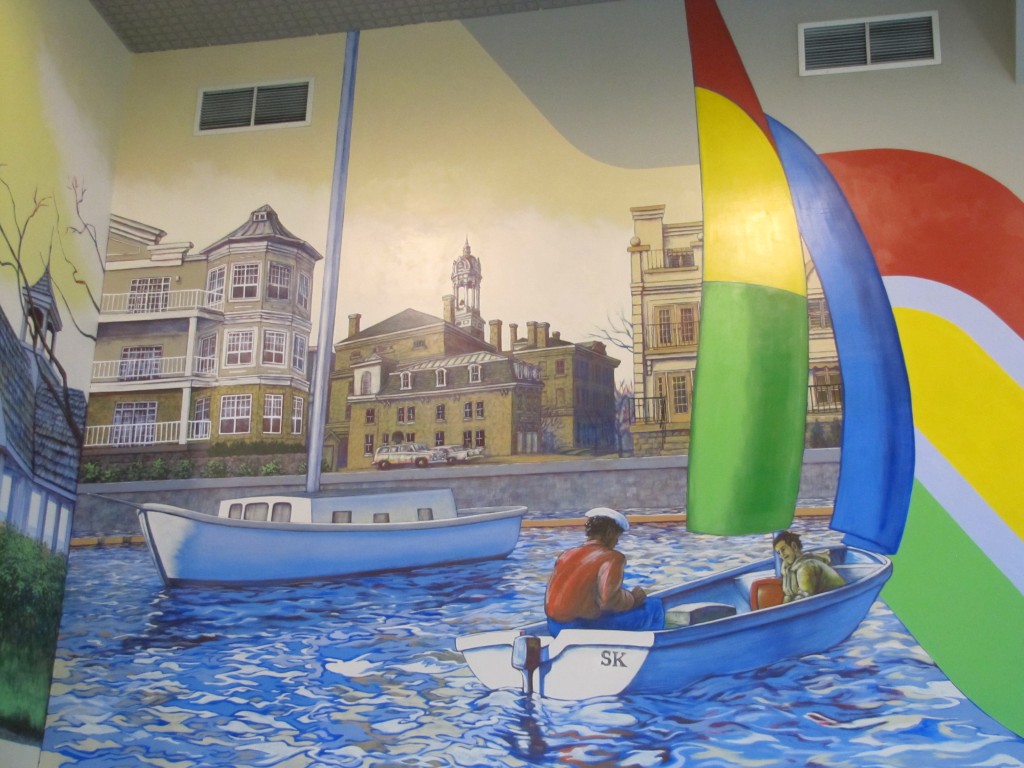 Mural by Fred Harrison in the lobby of Cobourg’s Rainbow Cinemas.

The harbour is integral to the Town’s character, past, present and future.  It is widely represented in many different public formats:  sailboats, the lighthouse, the beach, and sometimes simply in an overview. The theme appears in an amazing variety of places including a seniors’ village “pub”, a mall theatre and even on a street piano! 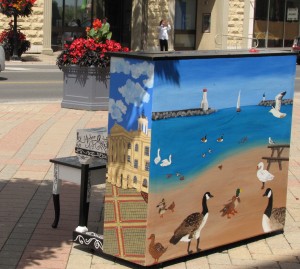 This street piano, painted by Amber Quinn, had a prominent location, just outside Victoria Hall.

There are two symbols repeatedly used to represent the Town of Cobourg to outsiders as well as to itself.  One is the clock tower, or cupola, which stands atop the impressive Victoria Hall.  The other is the harbour/beach.  Both appear in the Town’s official logo. 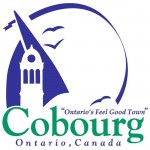 The harbour and its beach conjure up both memories and dreams. The sparkling new condominiums overlooking a recreational harbour are the content of dreams. The replica of an 1867 ore car located nearby brings the industrial past to life. 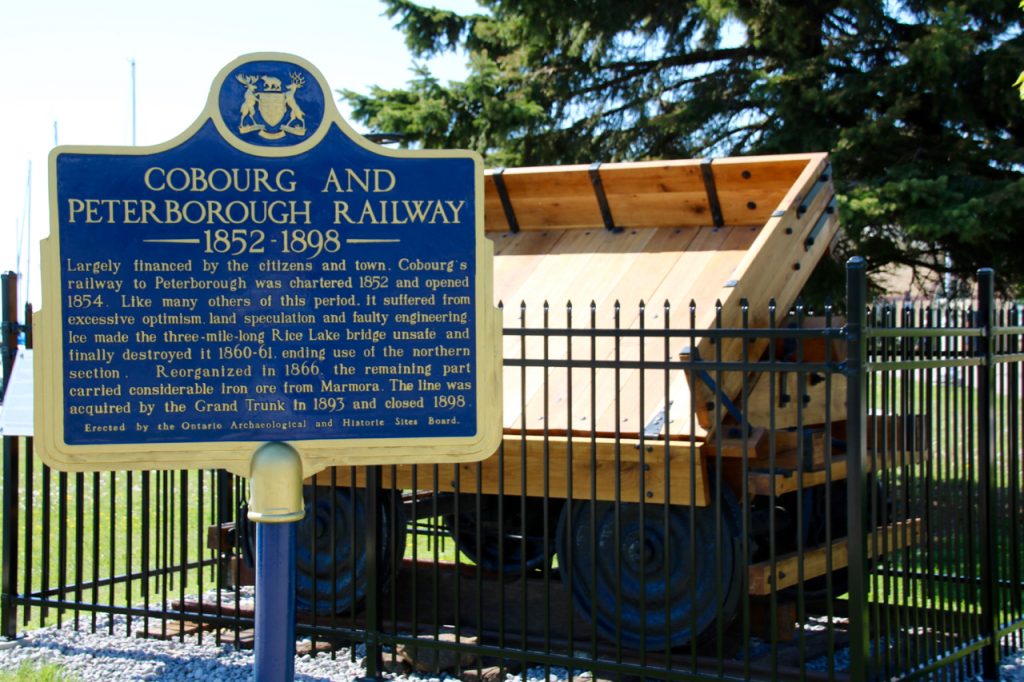 Replica iron ore car – a reminder of the harbour’s otherwise hidden industrial past.

Looking at the proposed development plan from 1988, one can only imagine what the future holds. 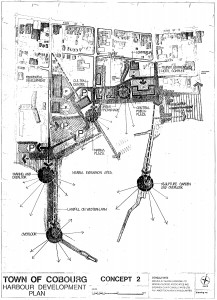 A yet to be realized plan for development of Cobourg Harbour – dated 1988.

As it continues to evolve,  Cobourg’s harbour will always be a vital part of this “feel good town”.