Peter Robinson’s Irish settlers, who arrived at Cobourg beach in 1824, were an early example of things to come. 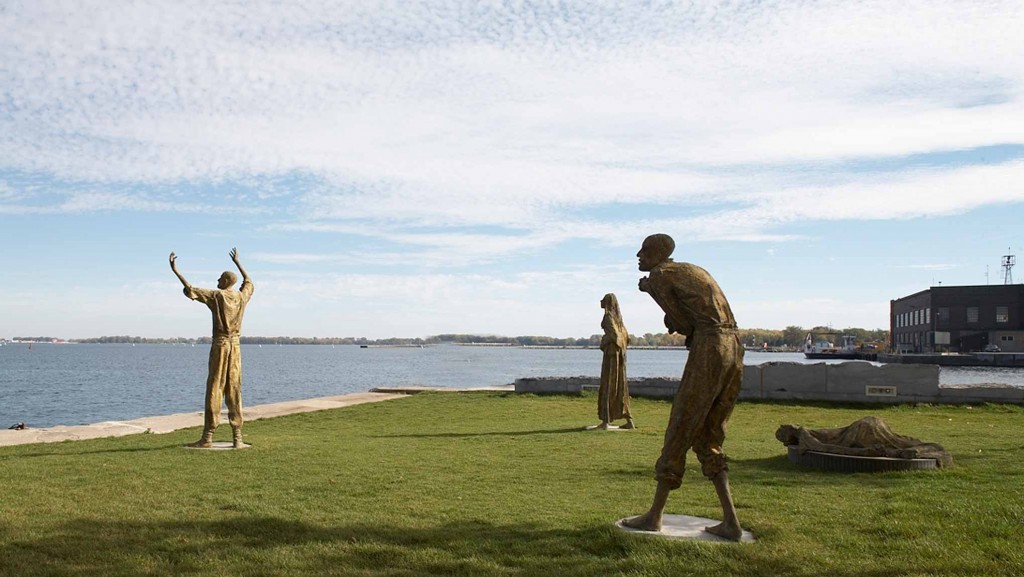 In 1847, 25,000 Irish immigrants, seeking to escape starvation in Ireland, died of cholera on their way to America or shortly after their arrival. That year, 5,393 immigrants landed at Cobourg in poor health. The Board of Police had to provide temporary shelter for them in barn-like “immigrant sheds”. Approximately half of them moved northward to Peterborough, but many remained in and around Cobourg.

Two years later, the Cobourg Star must have been echoing a common complaint from the Town’s citizens when it wrote:

Several steamers plying between Toronto and Kingston have lately deposited numbers of sick and helpless emigrants on our wharf, although their passages were paid to Toronto, Hamilton and other places. It is preposterous that a small town like this should be deluged with these poor people while the wealthy cities turn them off… and is obliged to provide for them from the very small sum annually collected for local improvements.   (Cobourg Star, July 25, 1849)

Faced with a shortage of money, Cobourg issued its own municipal notes in 1848.

All this in the midst of a depression both locally and internationally!

The Steamer Cobourg The Cobourg and Peterborough Railway