In 2015 a proposal to expand the marina by 120 slips into the open waters west of the Centre Pier created a furore. The proposal was projected to cost $2.9 million to be loaned to the Marina by the Town over 15 years. If the Marina failed to make annual payments of $278,000, the Cobourg taxpayers would end up paying the bill. 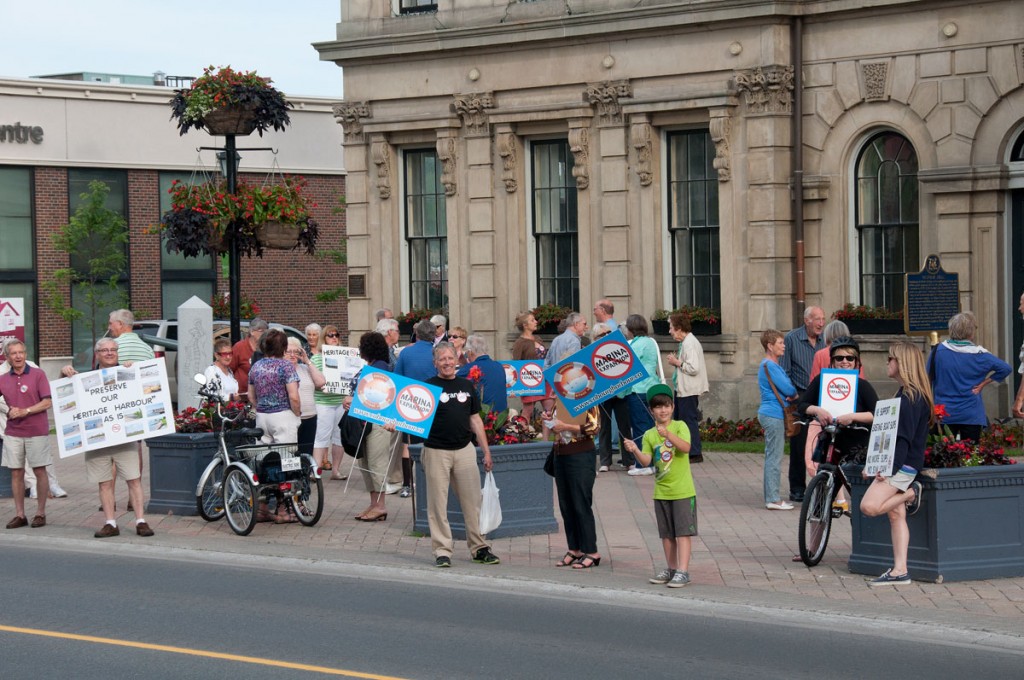 Opposition was swift. A “Preserve Our Heritage Harbour” Citizens’ Advocacy Group sprung up to oppose the plan. While not opposed to the Cobourg Marina as such, or to the Cobourg Yacht Club, or to boating in general, the group opposed the expansion of the Marina into the open waters of what has recently become known as the “Heritage Harbour”.

The protesters were concerned about the costs associated with expansion, but just as much about the effects of the expansion on the neighbourhood.  Where would the additional boats be stored in winter, cars parked in summer, and what about the threat to real estate values?  The effects of the increased land and water traffic on plants and wildlife were also of concern. 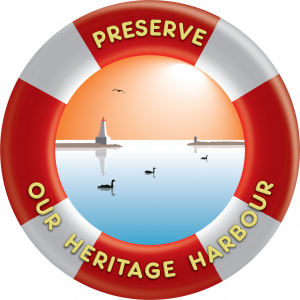 Logo used by the “Preserve Our Heritage Harbour” advocacy group.

Many concerned citizens and a wide variety of groups such as dragon boaters, canoeists, kayakers, small sail boaters, bird watchers, nature lovers, artists, photographers, walkers and strolling townsfolk all opposed this encroachment on what they perceived as an historic and  tranquil harbour.

After a very vocal campaign by opponents, Town Council on June 29, 2015, decided to cease any plans to expand the harbour.

Harbour Environment: Enjoyed by All The Harbour as Symbol