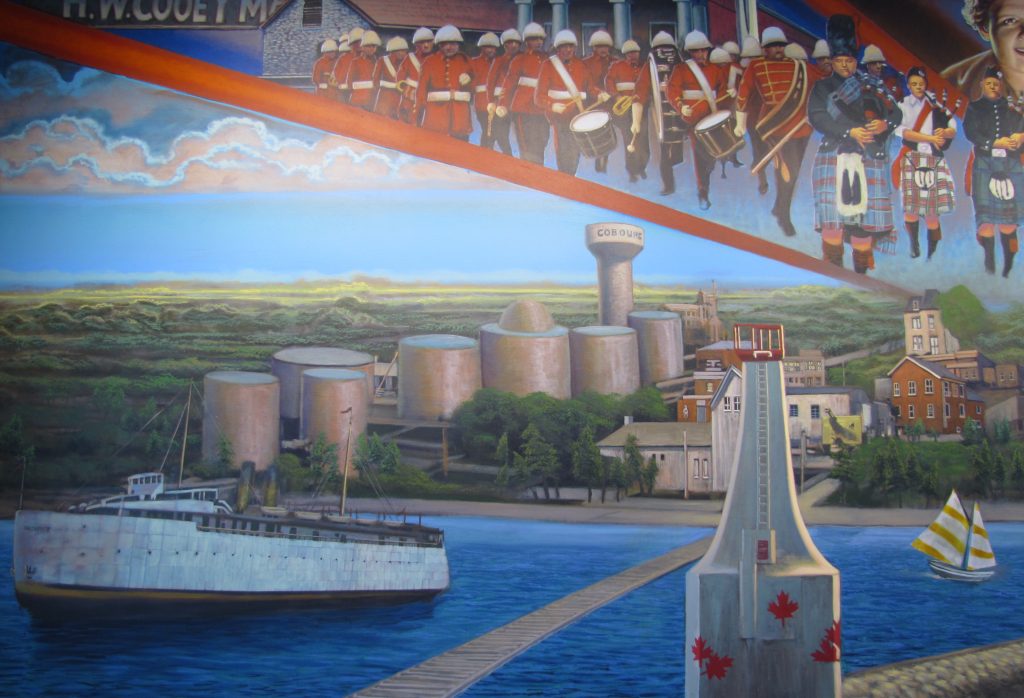 This mural by Allan Bender at the Legion Village “Golden Rail Pub” combines various elements of Cobourg’s historic harbour, including the oil tanks.

With both ferries gone by 1951, the Cobourg Harbour might have come upon hard times.  However, during the 1950s and 60s commercial activity in the Cobourg harbour was booming.  Most of it was supplied by trains and deep sea freighters. Shell, Sunoco and Imperial Oil built oil tank farms at the western portion of the Harbour. Oilers docked along the west side of the Centre Pier and pumped their oil and gasoline through pipelines along the pier to the tank farm. 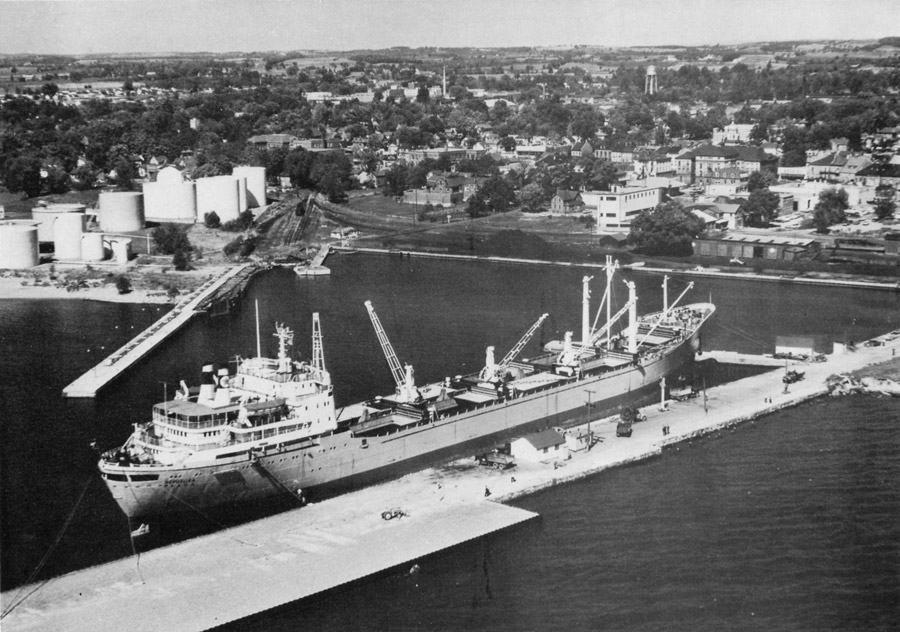 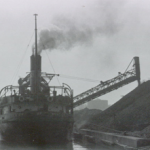 Unloading coal at Cobourg harbour circa 1960

Although the waterfront was very much an industrial area, many people have fond memories of climbing or biking up the coal piles in their youth and becoming totally black with coal dust. The old ferry pilings on the east side of the Centre Pier were at least six metres high and were a favourite platform for jumping into the harbour.  The very bravest dove the ten metres from the ferries’ upper deck loading platform!

But once again, needs changed. By the mid 1970s the frenzy of industrial activity was slowing.  The coal piles were disappearing. By the early 1980s a new vision of the waterfront as recreational and residential was emerging.