By 1822 a small landing wharf had been built and the earliest Great Lakes steamboats, such as the Frontenac and the Niagara, docked there. But there was no harbour as such and the businessmen of Cobourg wanted better.

In 1829 the Legislature of the Province of Upper Canada passed a bill allowing construction of a wharf in Cobourg, and the joint stock Cobourg Harbour Company was soon created. 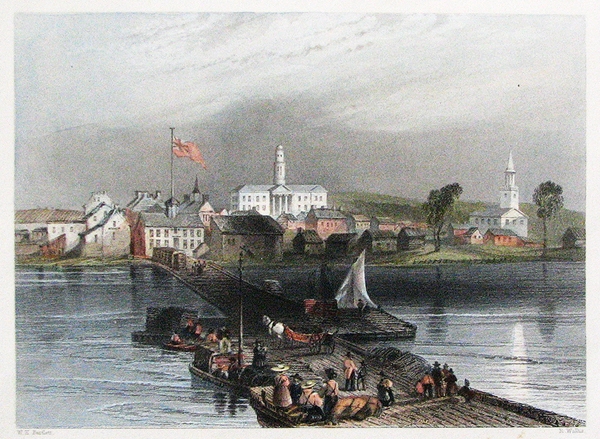 The East Pier – engraving from sketch by W.H.Bartlett.

In short order, the Cobourg Star ran an advertisement asking for pine lumber to be delivered to the beach. By May 1832 the first pier was complete, reaching 152 metres into the lake from the bottom of Division Street.

Within eight years a second pier had been built, enclosing an area which could now honestly be referred to as a “harbour”. 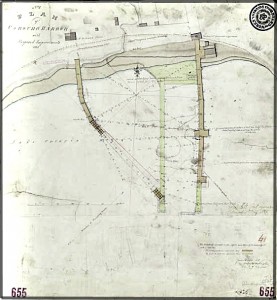 By 1841 the harbour was bustling with activity, receiving immigrants and manufactured goods and exporting flour, corn, lumber, pork, wheat and wood.  597 vessels over 50,000kg, as well as many smaller vessels, called at the port that year. 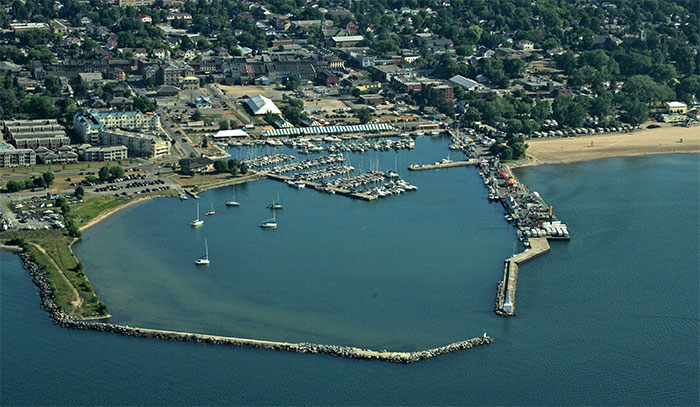 Current aerial photograph – Langevin Pier extends from the left (west) to the bottom of the picture.

In 1874, to solve the problem of silting and exposure to the open lake, the Canadian government built a breakwater on the western side of the harbour. It was named “Langevin Pier” after Sir Hector Langevin, Minister of Public Works.