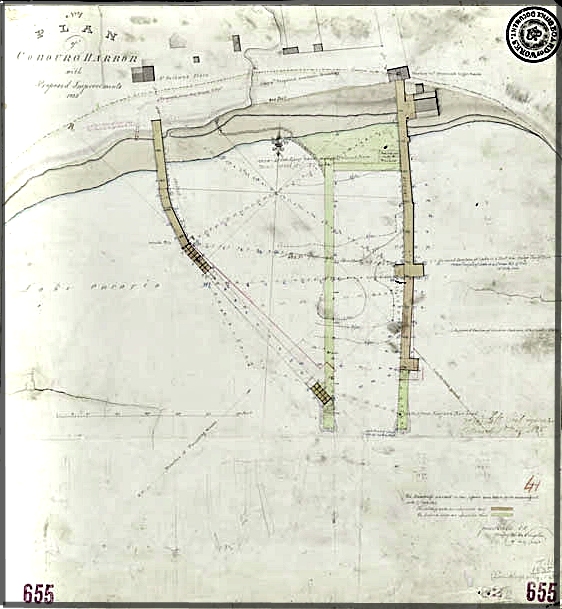 This plan from 1835 shows the proposal for an east pier.  A continuous line of rock-filled wooden cribs, such as those used later in the Rice Lake Bridge, would be the construction style used.

The original contractor was replaced due to unacceptable delays.  The performance of the new contractor resulted in an excellent pier which has needed little maintenance since.