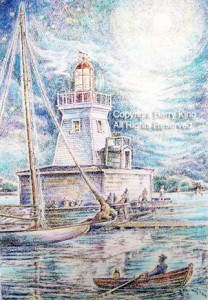 Over the years, various lights and beacons were added to the long Langevin Pier on the west side of the harbour. 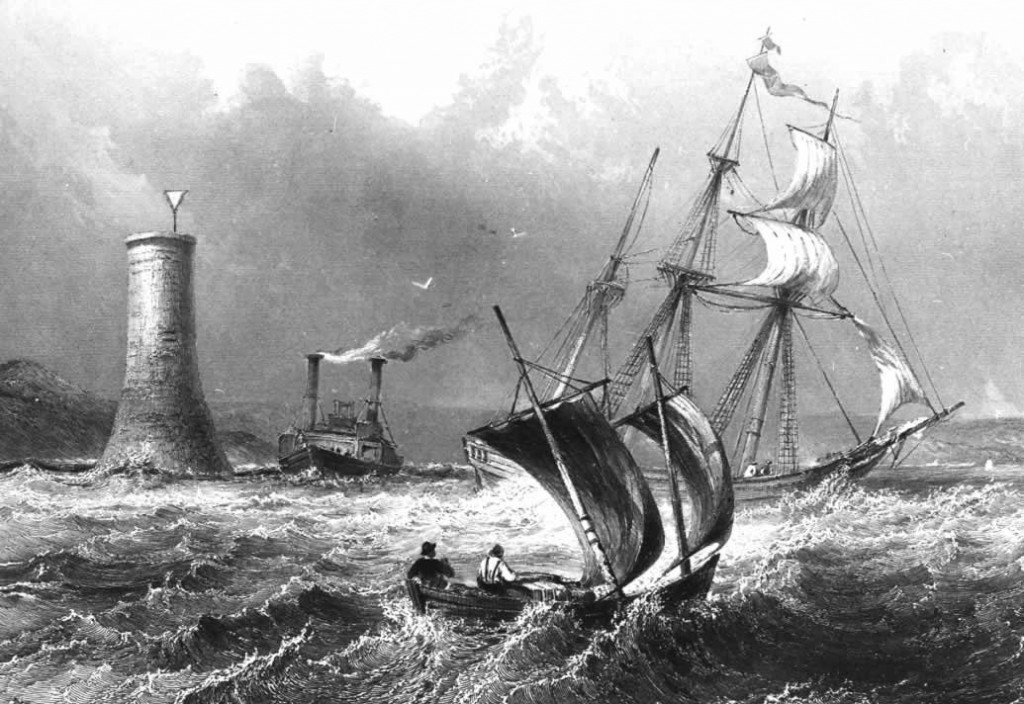 About 5.5 km west of Cobourg is Peter Rock light tower. Lighthouse keepers were responsible for both locations. As well, they were expected to ensure the operation of the fog horns, and record weather conditions and water levels, all of vital importance to mariners.

Murray Ribble was the keeper of the lighthouse from 1964 to 1980.  As reported by Northumberland News Staff Writer Vince Vergace in an interview with Murray’s mother, Murray “would work in twelve hour shifts with his assistant John MacIntyre.  He would sometimes have to head to Peter’s Rock in his boat in the fog and bad weather to make sure it was operational.  He had to do a lot of rescues and dealt with a few drownings too.”  (Aug 9, 2005). 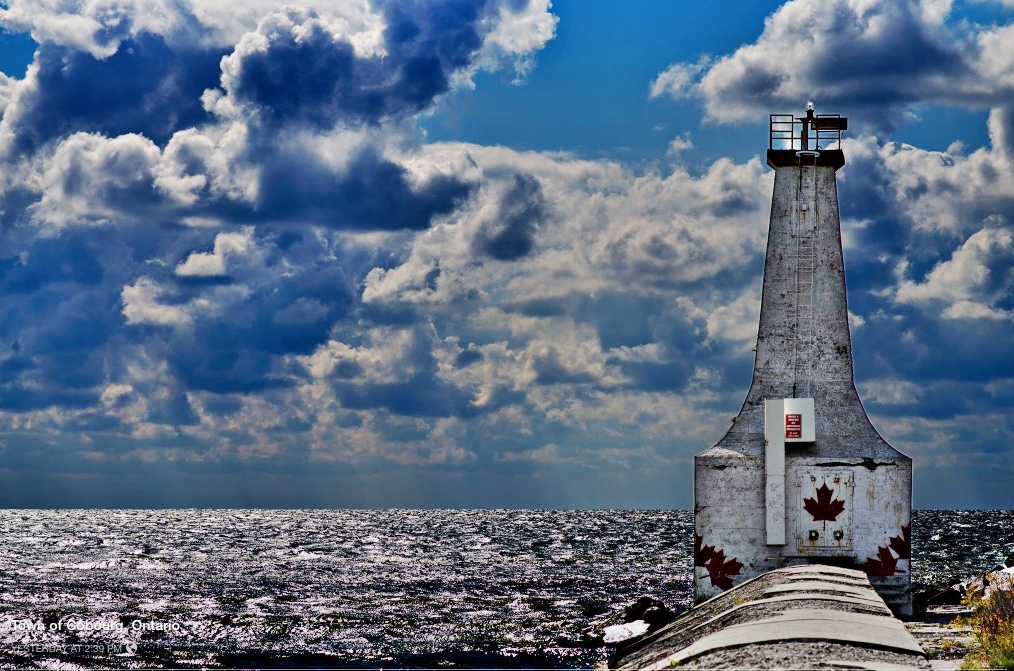 In 2013 the Cobourg harbour lighthouse was given a white coating that can expand and contract with temperature changes.  Some locals felt the heritage nature of the lighthouse was being compromised when town staff added red maple leaves and the town’s name on the white tower!