Cobourg’s industrial harbour in the 1950s.

During the 1950s and 60s commercial activity in the Cobourg harbour boomed. Tankers docked in the harbour and pumped their oil and gasoline through pipelines along the pier to a number of large tanks on shore. Railway tanker cars then further transported oil and coal into the interior. Oil tanks, railway freight sheds, and mountains of coal ruled in the harbour. By the 1980s a different vision began to develop for the waterfront. Modern transportation by road meant Cobourg could be passed by. As local harbour industry dwindled,  the federal Department of Oceans and Fisheries suggested that Cobourg consider changing its harbour designation to that of a small-craft harbour. In mid 1981 that designation was adopted. 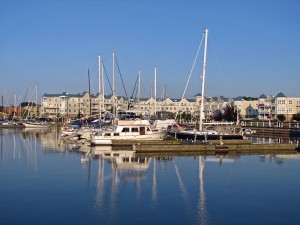 Over the next decade major upgrades to the harbour’s infrastructure were made to attract new yachting and boating activity to replace the former industrial complex. Developer James Hoffman,  a visionary urban planner, envisaged Cobourg turning once again to its waterfront for economic stimulus.   This time its “industrial wasteland” would be converted to a residential and commercial complex.

Millions of dollars were spent cleaning the soil which contained petroleum, hydrocarbons and heavy metals.  “Surprisingly, this was the least difficult” thing to do, stated Mr. Hoffman.  More difficult was communicating and financing the vision.  Some condominiums were built, but before the development was completed Hoffman had moved on to other things.  Nevertheless, his vision took hold.

Then Mayor, Joan Chalovich, spearheaded negotiations to purchase the land of the former water works. The sale was completed in 2001 and today this area is the Rotary Harbourfront Park. 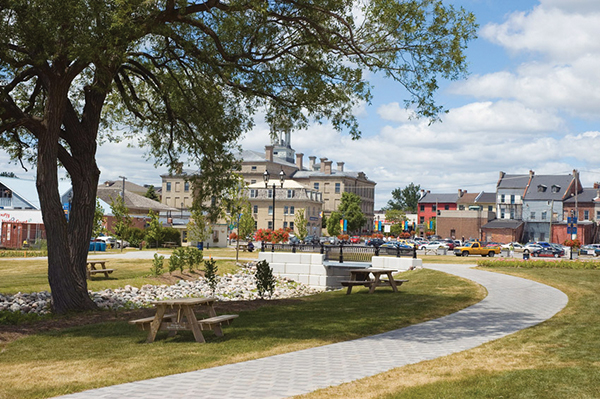 Entering the new century, the transformation of the harbour and its waterfront was almost complete – a beautiful setting of parks and harbour, with a mix of residential and commercial development. Cobourg’s harbour area thrives again. 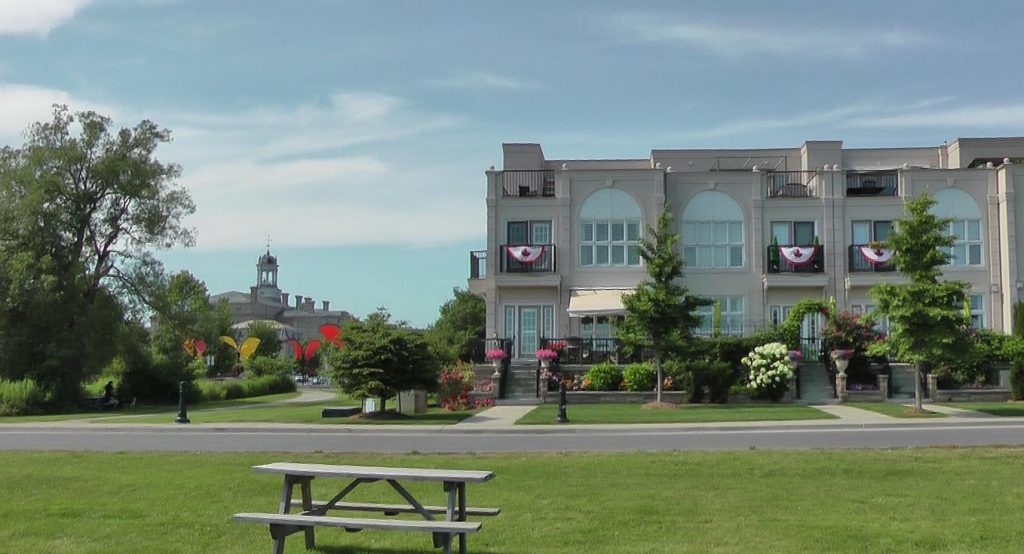 A parkway ensures that iconic Victoria Hall can be seen from the water, beyond the condominiums.