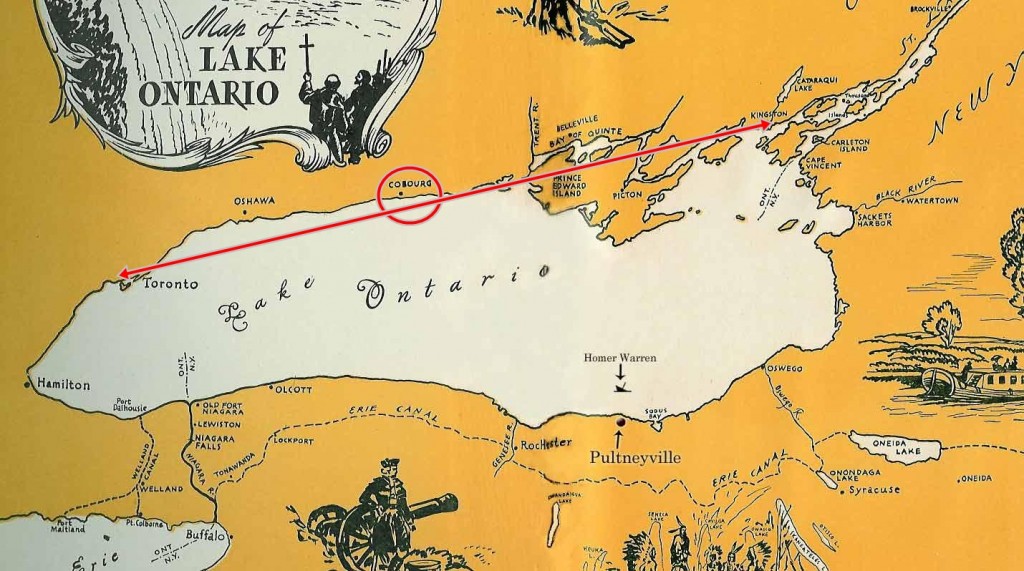 Early map showing relationship of Cobourg to York/Toronto and Kingston.

Our story begins before there was a harbour, or even a Cobourg. But there was a lake, Lake Ontario, offering a ready means of transportation between the military and government establishments of Niagara, York (later Toronto) and Kingston. 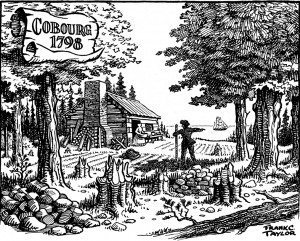 Illustration by Frank C. Taylor of the first home in Cobourg in 1798.

With most travel being by water, passers-by must have noticed the three streams which flowed from the height of land south of Rice Lake. They were an attraction for settlers as a source of clean water, fresh water fish and power to operate their mills.

Even before the first settlers built their homes near the lake in 1798, the area had become known as Hamilton Township. Its location,  a comfortable sail from both York and Kingston, soon made it a regular stopping off point for travellers. 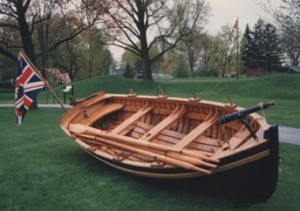 The jolly boat – used to offload passengers from a larger off-shore vessel.

United Empire Loyalists and soldiers serving during the War of 1812 passed through and then often stayed.

However, in those early days the shore was swampy and, with no landing facilities, visitors often had to first download to a smaller jolly boat.