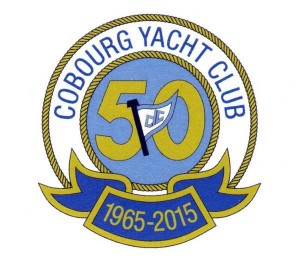 In 1964 eight local sailors gathered to form the Great Pine Ridge Marine Association. The next year, with Dr. Edmond Gendron as first Commodore, the club received its Articles of Incorporation and By-laws. (Not until 1980 were these by-laws amended to include women!)

It was not long before the club was renamed the “Cobourg Yacht Club”.

In 1967, still surrounded by oil tanks, coal piles and broken down jetties, the first CYC clubhouse was erected. Also that year, Commodore David Stewart challenged the Port Hope Club to an annual race. The prize was the now famous brass cuspidor (a spittoon), named the “Centennial Cup”. It has changed hands often over the years.

The Cobourg Yacht Club purchased a steel-hulled boat as their safety and rescue boat and named it the “Red Barren”. Through rain, fog, and sometimes no wind, this boat has towed sailing boats back from the races. The Red Barren was the only rescue boat in the harbour until the arrival of the Canadian Coast Guard in the 1970s.

In 1975 Sir Sandford Fleming College, together with the Yacht Club, introduced a Sailing School which proved an overwhelming success. Wrenettes, Navy League Cadets and Sea Cadets have all learned to sail courtesy of the CYC. 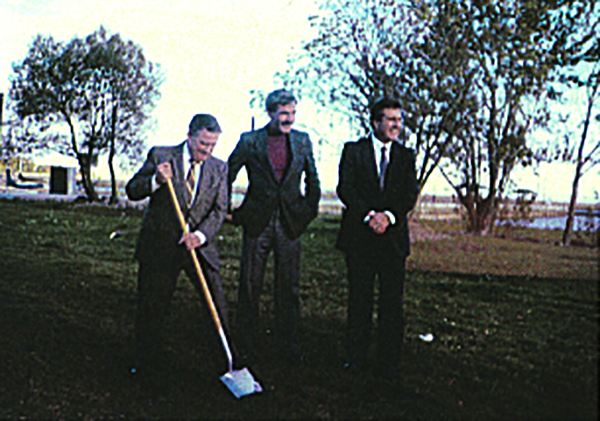 Turning of the sod for the new clubhouse – 1985

In 1985 Mayor Mac Lees turned the first sod for a new clubhouse. In 1987 it was officially opened by then Lieutenant Governor of Ontario, the Honourable Lincoln Alexander. 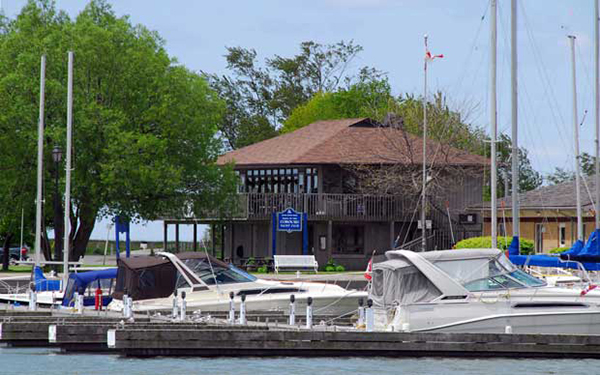 Some boaters sail for relaxation, others for the challenge and excitement.  Both types, young and old, can learn at the Sailing School which has been part of the Club since the beginning.

On September 17, 2015, the Cobourg Yacht Club celebrated the fiftieth anniversary of the granting of its Charter. Events included a regatta reminiscent of the old days when the club-run regattas attracted people from all around the lake.  This time it was a North American regatta, so visitors came from all over, including Florida, New York State and North Bay.

The Yacht Club is an integral, vibrant part of Cobourg’s historic harbour.

Transformation into Residential Hub Harbour Environment: Enjoyed by All