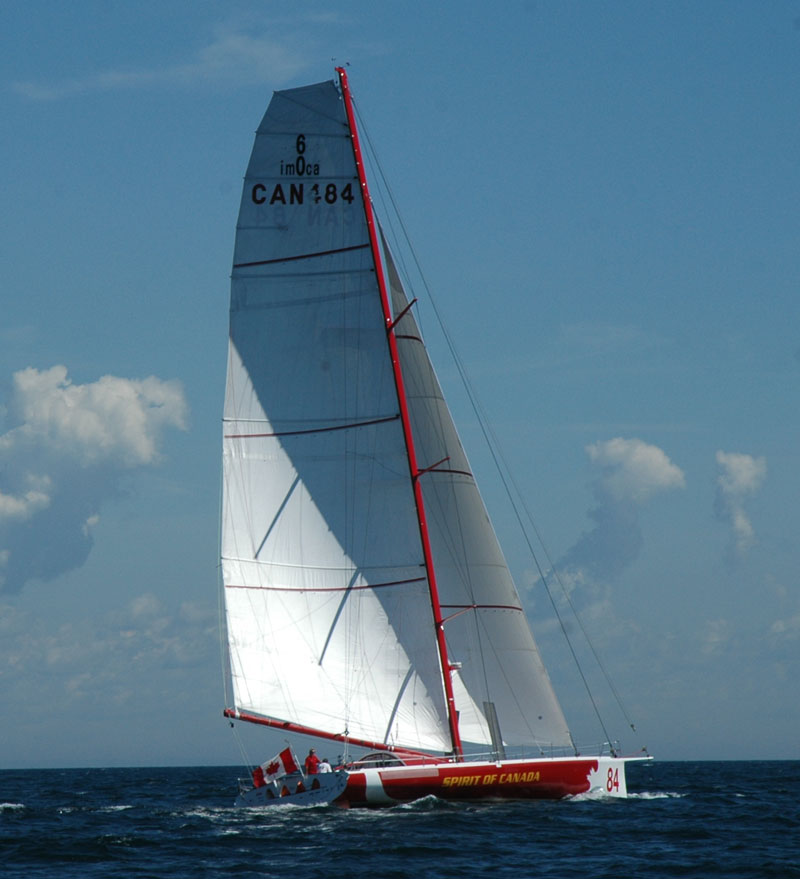 Inspired by successfully competing in an  “Around Alone” Single-handed Yacht Race in 2002-2003, (one of ten international competitors and the only Canadian to finish the event), Derek Hatfield moved on to an even more challenging undertaking.

It was in Cobourg that Hatfield decided to build his new boat, the Spirit of Canada, for entry in the Vendee Globe 2008 – a non-stop non-assisted solo race around the planet.  He became the first Vendee Globe competitor to fly the Canadian flag. It was an amazing achievement for him and for Canada.

On 28th December 2008 after 50 days at sea, Derek was forced to retire from the Vendee Globe 2008 after a large breaking wave rolled the Spirit of Canada breaking two of the mast spreaders. Unable to complete repairs without outside assistance, Derek was forced to retire from the race and headed for Hobart in Tasmania. Only 11 of the original 30 starters were able to complete the grueling race.