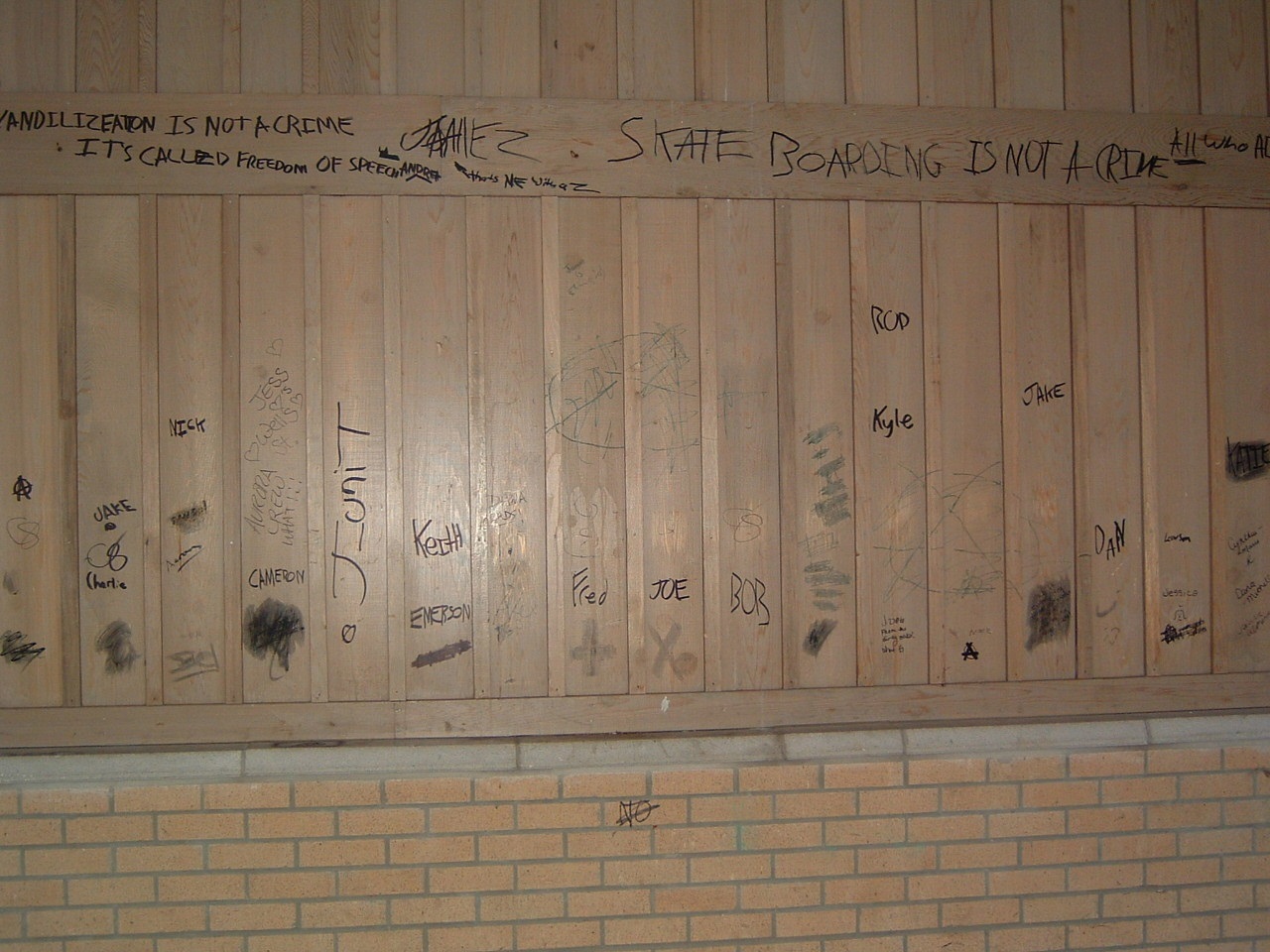 A target for vandalism over the years, the Band Shell was re-painted in 2004 due to graffiti and damage.

Throughout the park’s history, when a permanent stage was built it would soon take on a second purpose as a home for shenanigans. As early as 1892 the local newspaper was reporting on the condition of a pavilion in the park and the ruckus that it housed. 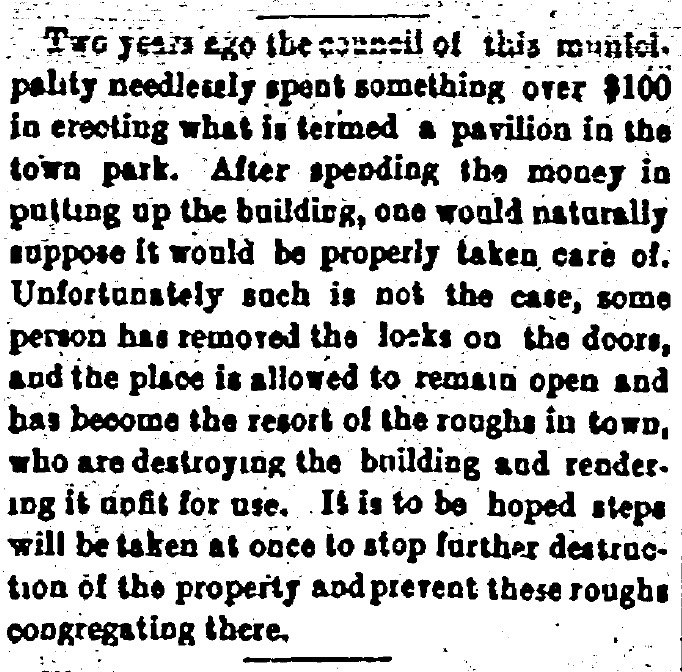