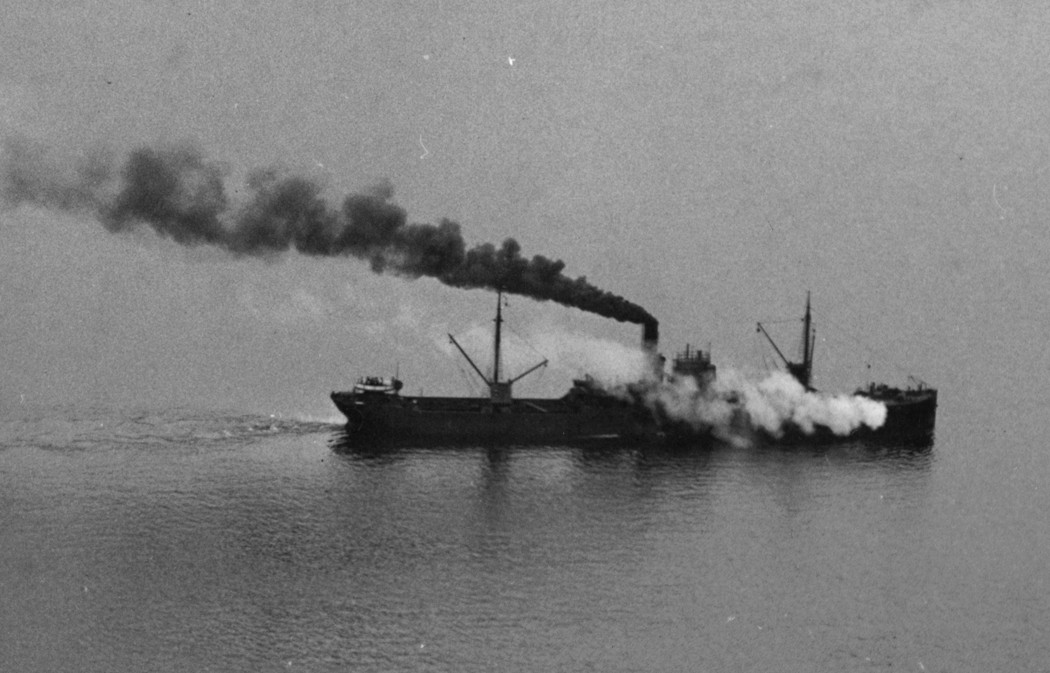 Photo taken by Royal Canadian Air Force aircraft patrolling Conception Bay on September 5, 1942 just after the attack of U-513.

The crew of SS Evelyn B responded to the U-boat attack by immediately raising anchor, getting underway and firing its stern gun at any disturbance on the water. The captain and crew of Evelyn B were later commended by the Navy for their courage, seamanship and conduct under pressure.