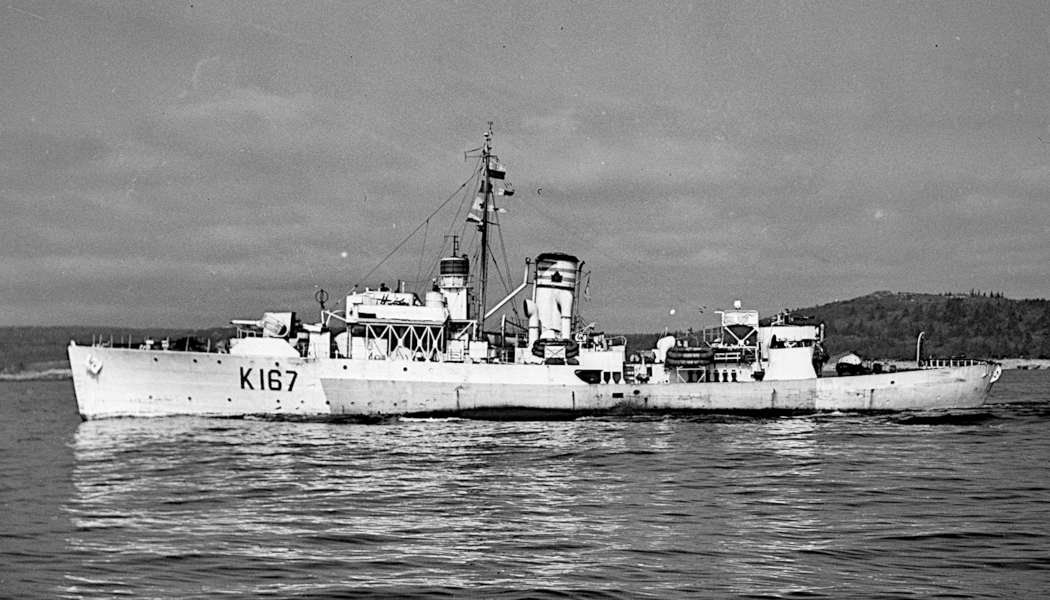 Flower-class corvette Drumheller was a Royal Canadian Navy warship used for anti-submarine patrols and convoy escort in World War II. It carried a crew of 85, and was armed with a four-inch bow gun, four machine guns and over 40 depth charges.

Drumheller was on anti-submarine patrol in Conception Bay on November 2, 1942, when the German submarine U-518 torpedoed and sank two ore ships (Rose Castle and P.L.M. 27) off Bell Island. Although Drumheller searched for the U-boat for hours after the attack, the corvette’s sonar never located the submarine.