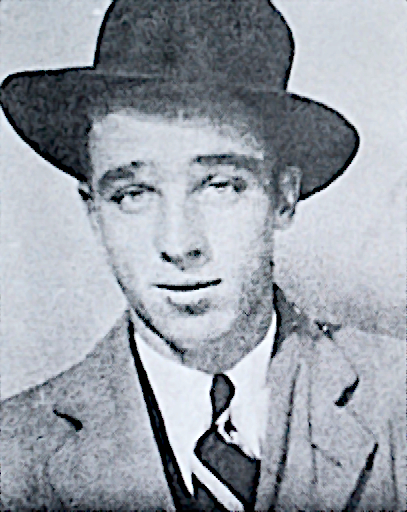 Eyewitness account of Gordon Walter Hardy from Ingonish, Nova Scotia, who survived the sinking of SS Rose Castle on November 2, 1942:

“I joined the [Canadian] Merchant Navy when I was 17 in 1941. We sailed from Sydney, [Nova Scotia] to iron ore mines in Bell Island [Newfoundland]. In November the 2nd [1942], we were loaded [with iron ore on SS Rose Castle] and anchored off Conception Bay, [Newfoundland], waiting to go to Sydney. We were asleep in bed, the ones that wasn’t on duty. Some time after midnight, I heard an awful explosion, I was asleep in bed. And I jumped out of bed and there was a light over my bed, a pull chain and I pulled it. And there was no light, so I knew we were torpedoed forward. Because I could feel her trembling in the bed of dead sleep.

“And I ran out on deck with my lifejacket in my hand, as I thought, when I got on deck, there was the Second Engineer, Jimmy McDonald, Third Engineer rather, from Barachois Harbour,[Nova Scotia] and the Second Engineer from Louisbourg, [Nova Scotia] and they had a flashlight. And I looked and I ran, they started to speak to me, I ran back in the little companion way, no distance from where I was talking to them, and I had my pillow, instead [of my lifejacket], I slept with, I always slept with my lifebelt under my pillow. So I had the pillow, I discovered, so I threw it down and ran and got my lifejacket and they didn’t take time to put it on and push one arm in and the other arm and it was no light, tight lifejacket. And I had to tie it up but I didn’t take time to tie it up.

“So I ran to the railing and they said, where are you going, Hardy? And I said, I’m going over the side. They said, don’t jump in that cold water, it’ll kill you. I said, it’s better to jump in the cold water, take a chance on that than be killed by another torpedo. They said, do you think we’re going to get another one? And I said, we’ll get it any second now. I said, we’ll get two. And I got up on the railing and I had to jump and the torpedo I guess come to in the opposite side and I guess it helped because I went headfirst or dove or jumped and struck the water and just as I struck the water, well, like I say, the torpedo struck on the opposite side through the engine room. She went down in I would say 50 seconds, some of them said 30 and they claimed from 30 seconds to 90, but she went down less than 90 seconds.

“When she went down, she took me down with her, the suction. But I was swimming all the time, even when I struck the water, like in motion. And when I came back up, I swam and swam, didn’t know how far I was down. And I broke water. I had taken in water and that slowed me down, made me half-sick and I was starting to get cold then because there were snow flurries and cold wind. I guess the wind probably be northwest or northeast at that time, but very cold. So I swam and I could hear the people calling to God and the Virgin Mary around me in the dark. Everything was dark, pitch dark.

“And I was in the water at least a couple of hours and I came across a life raft, he reached out his hand, this fellow, I was too weak then, too cold, to crawl on the raft, so he reached his hand out and he said, “I’m very pleased to meet you, Gordon.” He said, “we’re first cousins.” And that’s the first time I ever seen him or had ever heard tell of him. He was from Port Aux Basques, Newfoundland. And he had a brother onboard, brother went down in the ship that night, and he survived. He pulled me in and I had no clothes on. I was so cold that I had to get back down in the water, there was a hole in the centre of the [Carley] raft and there was a bottom in it. And I had to stand down in that because it was warmer in, standing down in the water.

“A Fairmile [motor launch] came alongside and picked us up off of the raft. I couldn’t stand, so one fellow reached down and the other fellow held him. And he locked both hands on my wrists. And that was the greatest feeling that I ever felt. I knew I was going to make it.”