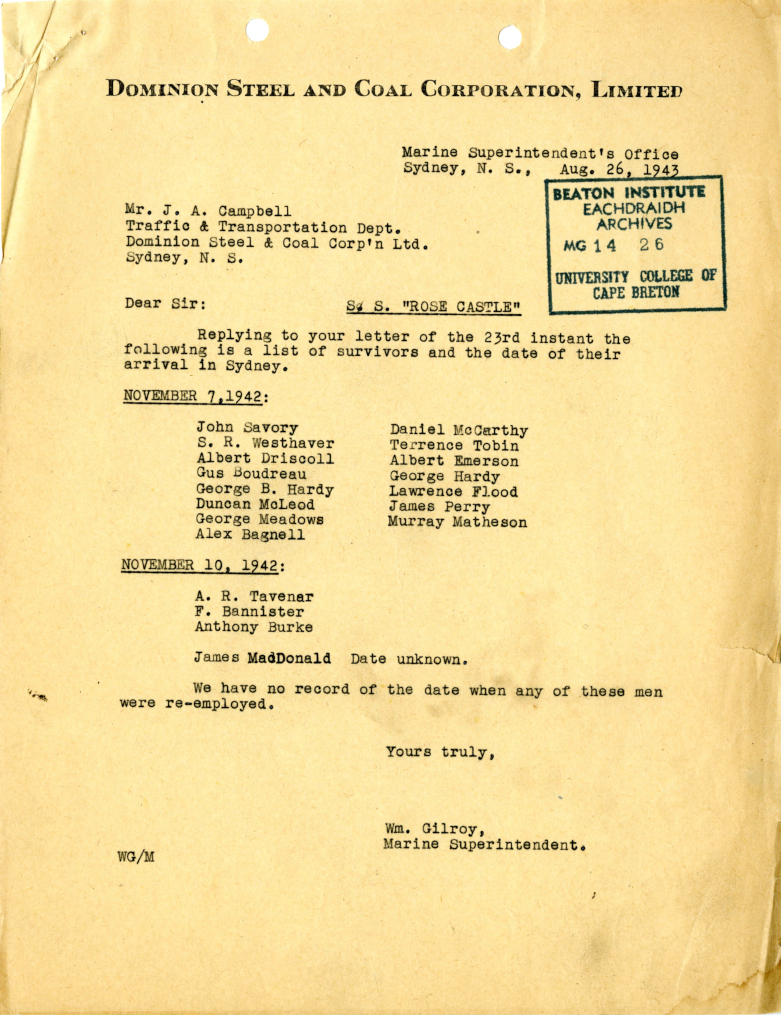 A letter dated August 26, 1943 from William Gilroy to J.A. Campbell, both of the Dominion Steel and Coal Corporation (DOSCO) in Sydney, Nova Scotia. The letter lists the names of the survivors from the sinking of SS Rose Castle who arrived back in Sydney on November 7 and 10, 1942.

These five sailors have been incorrectly included in the list of the dead for SS Rose Castle on the Seaman’s Memorial in Lance Cove, Bell Island and in Steve Neary’s book The Enemy on our Doorstep. This error also explains why the number of sailors killed in the Bell Island U-boat attacks has been listed as 69 or 70 in the past. This letter confirms the number of sailors killed in the attacks is actually 65.

Frank Rees from Bell Island also survived the Rose Castle sinking, but he did not return to Sydney afterwards to work on another DOSCO ship.