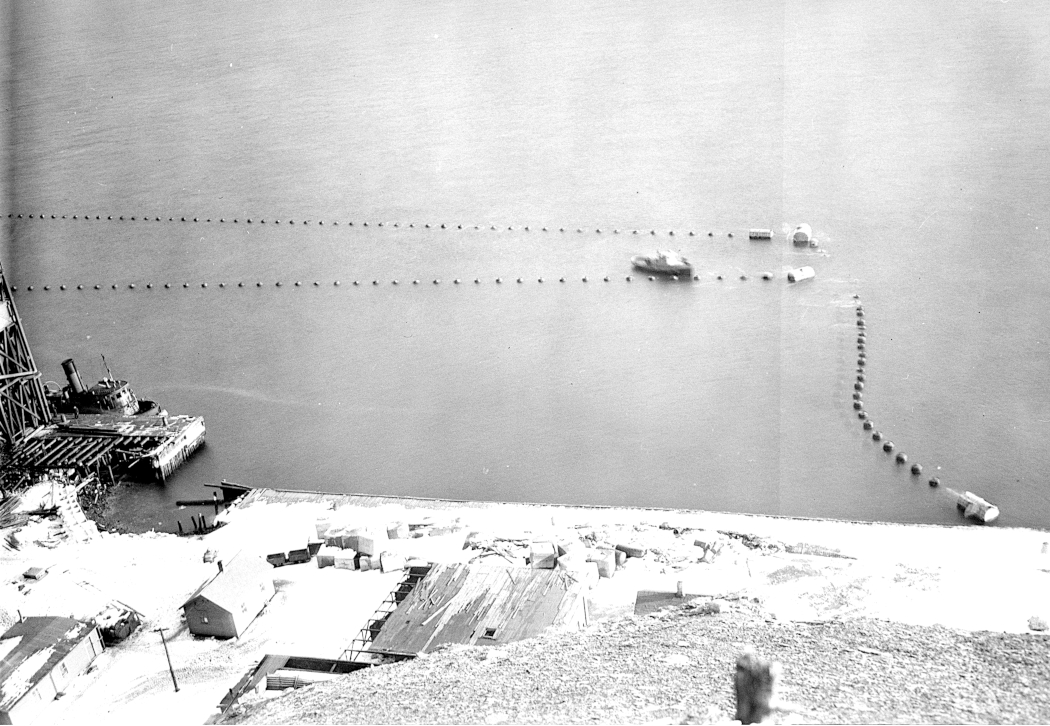 This photos shows the anti-torpedo netting installed in 1943 to protect ships loading iron ore at the Dominion and Scotia piers on Bell Island from submarine attack. This was called the boom defence. Also visible in the lower left is the damage to the Scotia pier caused by the torpedo fired by U-518 on November 2, 1942.