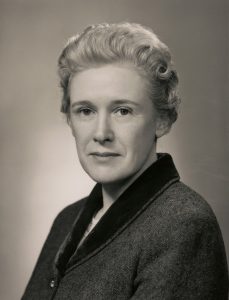 The Cancer Detection Clinic (CDC) at Women’s College Hospital (WCH) continued to grow in size and reputation. In 1954, the CDC celebrated its 10,000th new patient and was already the site of women’s cancer research.

In March 1963, WCH’s Dr. Henrietta Banting (nee Ball) and Dr. Elizabeth Forbes started a new clinical study at the CDC. They wanted to discover if mammography could be used in the early detection and diagnosis of breast cancer. Mammography is a type of x-ray used on the human breast. Before the 1960s, it was generally not used in Canada to diagnose breast cancer. There was little research on mammography for this use.

Over the next two years, more than 1,400 women took part in the study. Each participant was screened for breast cancer using mammography. 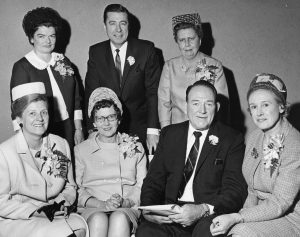 Dr. Banting and Dr. Forbes devoted much of their careers to researching women’s cancers. But their journeys to becoming medical researchers were quite different.

A young Henrietta Ball had her sights set on becoming a medical researcher early on. Her role model was Marie Curie. Curie was a woman scientist who conducted pioneering research in radioactivity. She was the first woman to win a Nobel Prize. 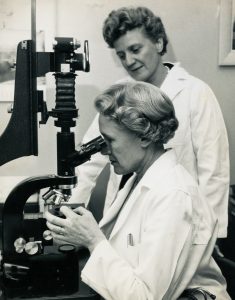 Dr. Henrietta Banting and Dr. Alice Gray in the laboratory.

Ball graduated with a biology degree from Mount Allison University in New Brunswick in 1932. She then worked as a laboratory technician at Saint John General Hospital. She was accepted to the University of Toronto (UofT) and earned a master’s degree in medical research in 1938. While working as a researcher at UofT’s Banting Institute, she met Dr. Frederick Banting. The two married in 1939.

Sadly, Dr. Frederick Banting died in a plane crash in 1941 while serving with the Canadian Army. Later that year, Henrietta Banting enrolled in UofT’s Faculty of Medicine. She graduated with a medical degree in 1945. After completing postgraduate training abroad, Dr. Banting returned to Canada. She joined the staff of WCH in 1957. The following year she was appointed Director of the CDC. Her position at the CDC enabled her to devote the rest of her life to the study of women’s cancers. 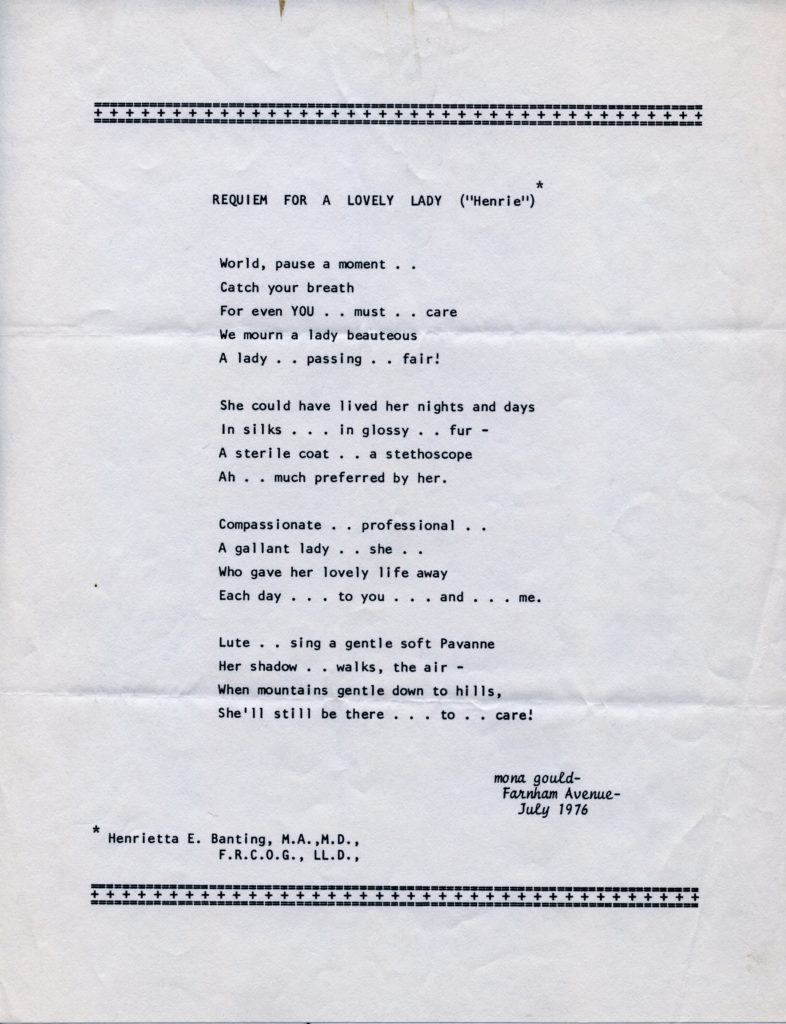