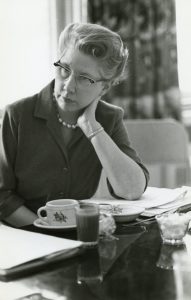 A role model inspires and serves as a positive example. Strong female role models are important to women in STEM.

Studies have shown that female role models in science and math help encourage young women and girls to take part in STEM. Female role models can also break down gender stereotypes. They can promote a sense of belonging in a field that is often dominated by men.

In 1935, Dr. Roberts graduated with a medical degree from the University of Liverpool. She next completed postgraduate training in anaesthesia in England. She served in the Royal Army Medical Corps as an anaesthetist. 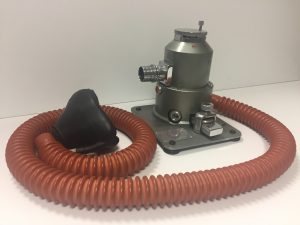 Dr. Roberts joined the staff of the Postgraduate Medical School of London as a lecturer. She also conducted research at the nearby Hammersmith Hospital. Her primary area of investigation was the use of anaesthesia during childbirth (known as obstetrical anaesthesia). Her research was published in many important scientific journals.

Her research work inspired an obstetrical nurse in Canada named Margaret Robins. Robins worked at Women’s College Hospital (WCH) and wanted to pursue a career in research. She wrote to Dr. Roberts for advice. They exchanged many letters. Robins was offered a 2-year research scholar position in London. Dr. Roberts worked with many young women researchers. She became a role model to Robins.

After returning to Canada, Robins was happy to learn that Dr. Roberts accepted a position at WCH. In 1957, Dr. Roberts was appointed as the Associate Chief of Anaesthesia. She also continued her research in obstetrical anesthesia.

From 1958 to 1964, Dr. Roberts was the principal investigator of twelve research studies at WCH. Over the next two decades she became a mentor and role model to many women at the hospital. She was committed to supporting female scientists entering the field of medical research.

Funding for Research in Women’s Health Dr. Jessie Gray – Be A Leader