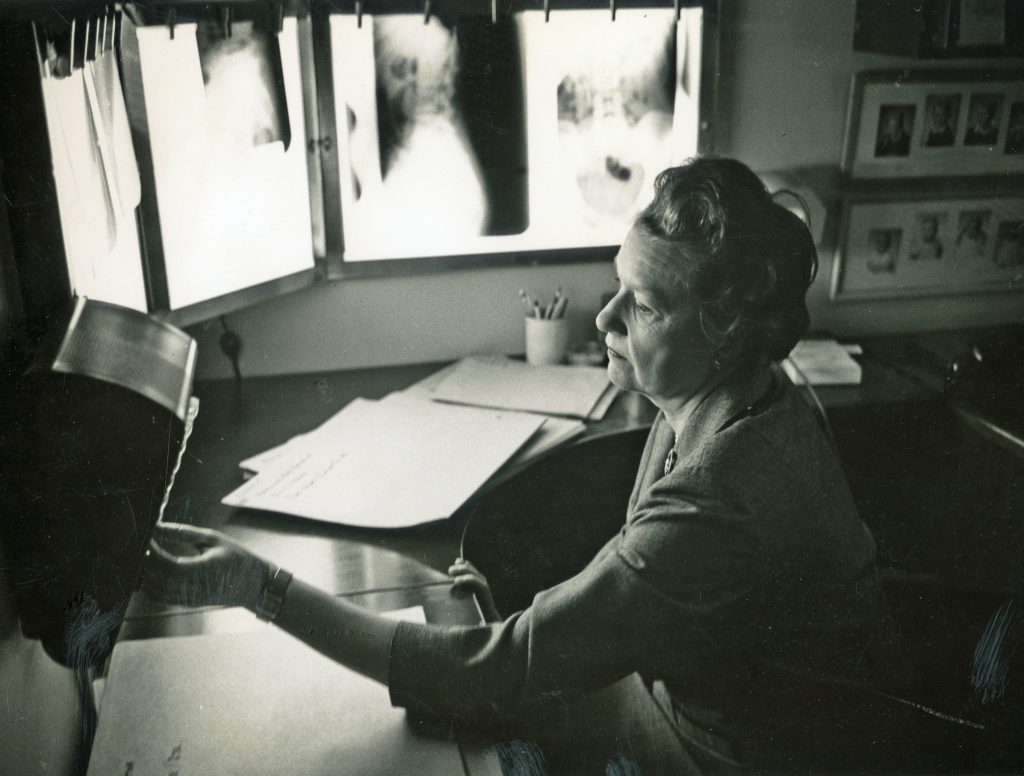 Dr. Elizabeth Forbes’ road to becoming a medical researcher was not as straightforward as Dr. Banting’s.

After graduating from the Canadian Business College, Forbes worked in an office. She then changed career paths. Forbes enrolled in medical school. She graduated with a medical degree from Western University in 1942. She then practiced as a family doctor for almost a decade.

Again, Dr. Forbes began looking for a new challenge in life. She decided to remain in medicine but train in diagnostic radiology. Diagnostic radiology is a specialized field that uses medical imaging like x-rays, MRIs, and ultrasounds to diagnose patients. 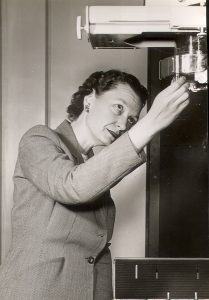 In 1952, Dr. Forbes received a Fellowship in Radiology at the Cleveland Clinic in Ohio. She then completed a residency at the Strong Memorial Hospital in New York. Three years later, she earned a diploma from the American Board of Radiology and her certification in Canada. In 1955, she joined the staff of Women’s College Hospital (WCH) as its Chief of Radiology.

Women were (and still are) underrepresented in diagnostic radiology. In 1964, there were 635 diagnostic radiologists in Canada. Only 17 were female. Yet, Dr. Forbes enjoyed this specialized field. She had the opportunity to collaborate with colleagues from different medical fields. Her specialized skills also gave her the chance to conduct research in areas that were important to her. 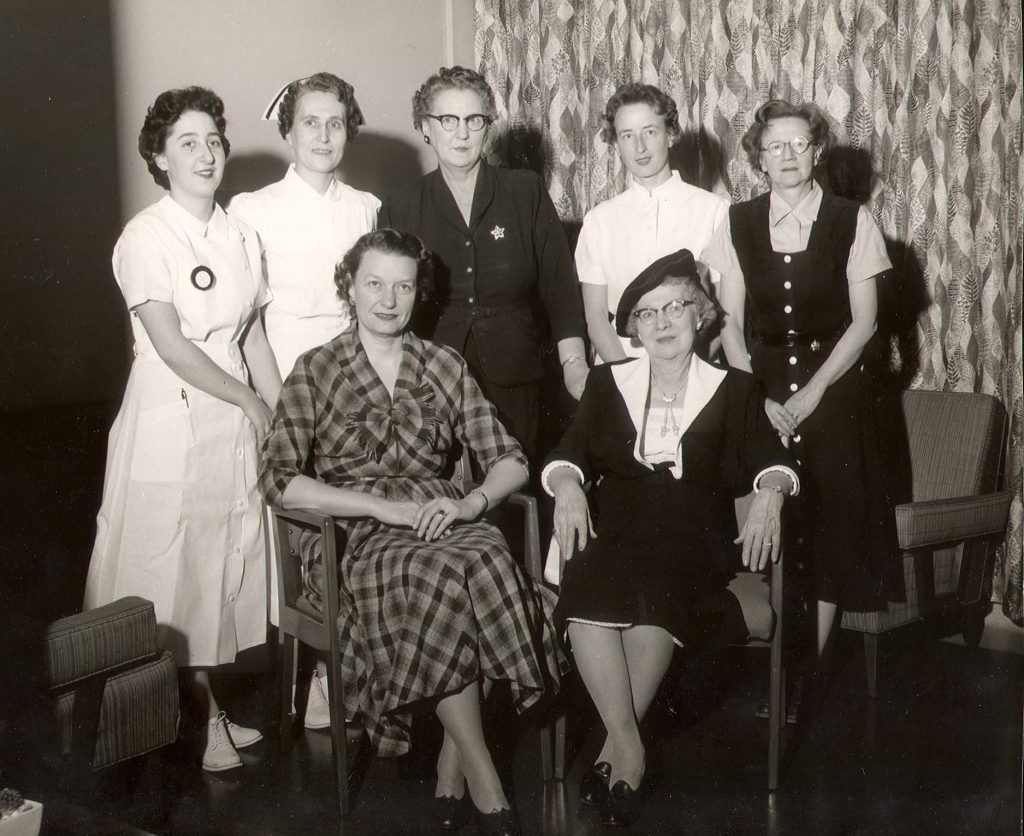 Staff of the Radiology Department at Women’s College Hospital.

As a diagnostic radiologist, Dr. Forbes witnessed first-hand the alarming rate of breast cancer among her patients. She recognized that innovations were needed to detect and diagnose breast cancer earlier. The earlier cancer is detected and treated, the better the outcome will be for the patient.

Her collaboration with Dr. Banting led to their influential study on mammography. In 1967, they published “An Assessment of Mammography” in the Journal of the Canadian Association of Radiologists. It was one of the first Canadian studies on mammography to be published. Their study proved that mammography was a valuable diagnostic tool when used alongside physical examinations to detect breast cancer. The work of Dr. Banting and Dr. Forbes influenced a new standard for women’s cancer screening in Canada.

“About Mammography” in WCH’s 1962 Annual Report.