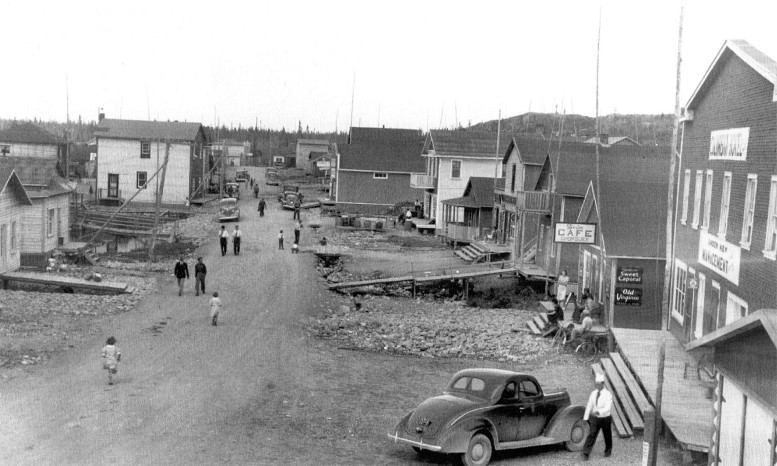 Perron, a village of squatters northeast of Val-d’Or, was also in the government’s sight. In the fall of 1937, the government decided to establish the mining village of Pascalis nearby. Perron’s squatters had to move with their belongings to this new town. Many residents did comply. The government later abandoned its project to eradicate the squatter village. Two mining merged around that time. It led to an increase in populations and a housing shortage. This caused the government to come back on its decision regarding Perron.