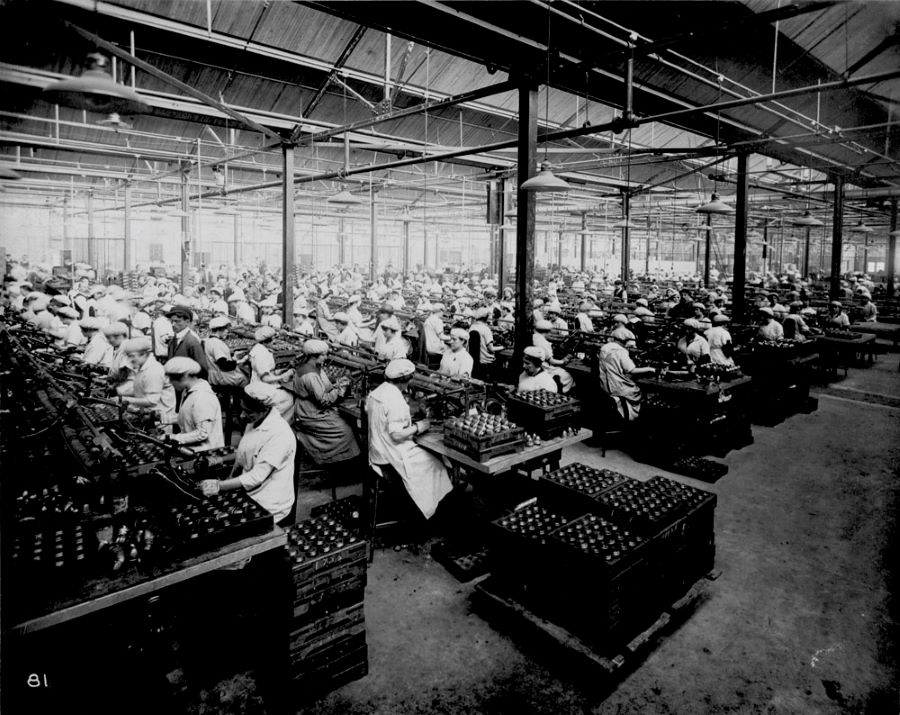 This photograph shows women at work at the British Munitions Supply Company. The manufacture and assembly of detonator shells demanded precision work but did not require any special skills. Most of the women workers performed repetitive and simple tasks.

At the start of the First World War, women workers in munitions factories generally worked 10 hours a day. Their schedule was subsequently reduced to eight hours with the introduction of shift work to ensure round-the-clock production.

A clause in a report from a national workers’ congress held in Ottawa on the treatment of workers by the Imperial Board of Munitions stated:

We tolerated excessive work hours among women employed at the munitions factory in Verdun, Montréal. The women there were working up to 72 hours or more per week.