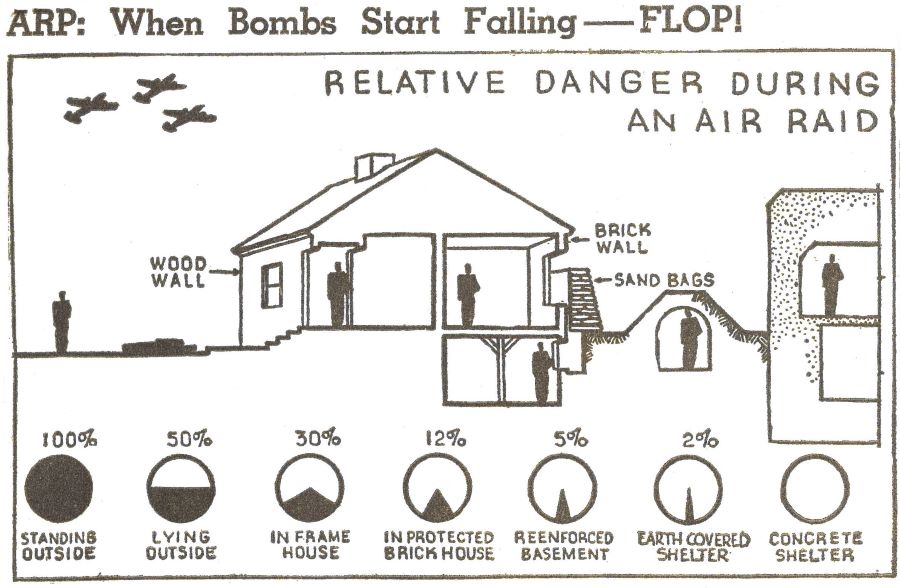 This drawing illustrates the relative danger a person could be in depending on where they were during a bomber attack. It was safer to be in a concrete shelter than outside the house. The locations, from the most dangerous to the safest: standing outside, lying outside, in a frame house, in a protected brick house, in a reinforced basement, in an earth-covered shelter, in a concrete shelter.