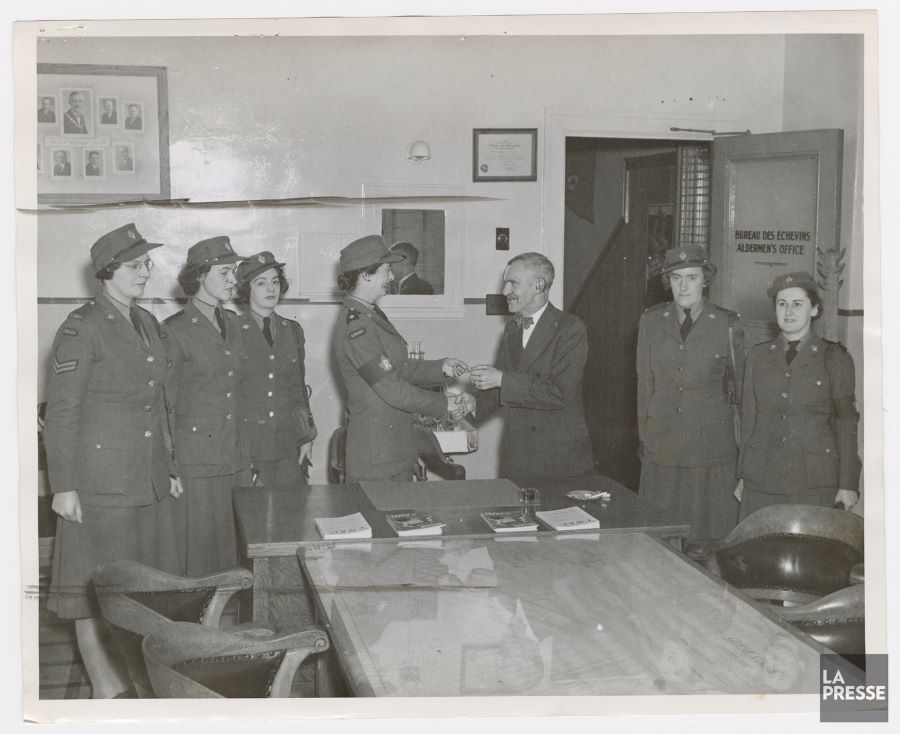 In the photograph, Edward Wilson, Mayor of Verdun, hands the keys to a room in City Hall to Muriel Currell, a Verdun woman who had served for three months in the army and was in charge of the Canadian Women’s Army Corps’ recruiting office.

On October 9, 1942, The Guardian newspaper reported that the organization was looking for 25 000 women between the ages of 18 to 45 to work as clerks, stenographers, drivers, mechanics, radio operators and cooks. Recruits had to be British subjects, had to be at least five feet tall and weighs at least 105 pounds, and had to have a minimum Grade 8 education and no children under the age of 16.