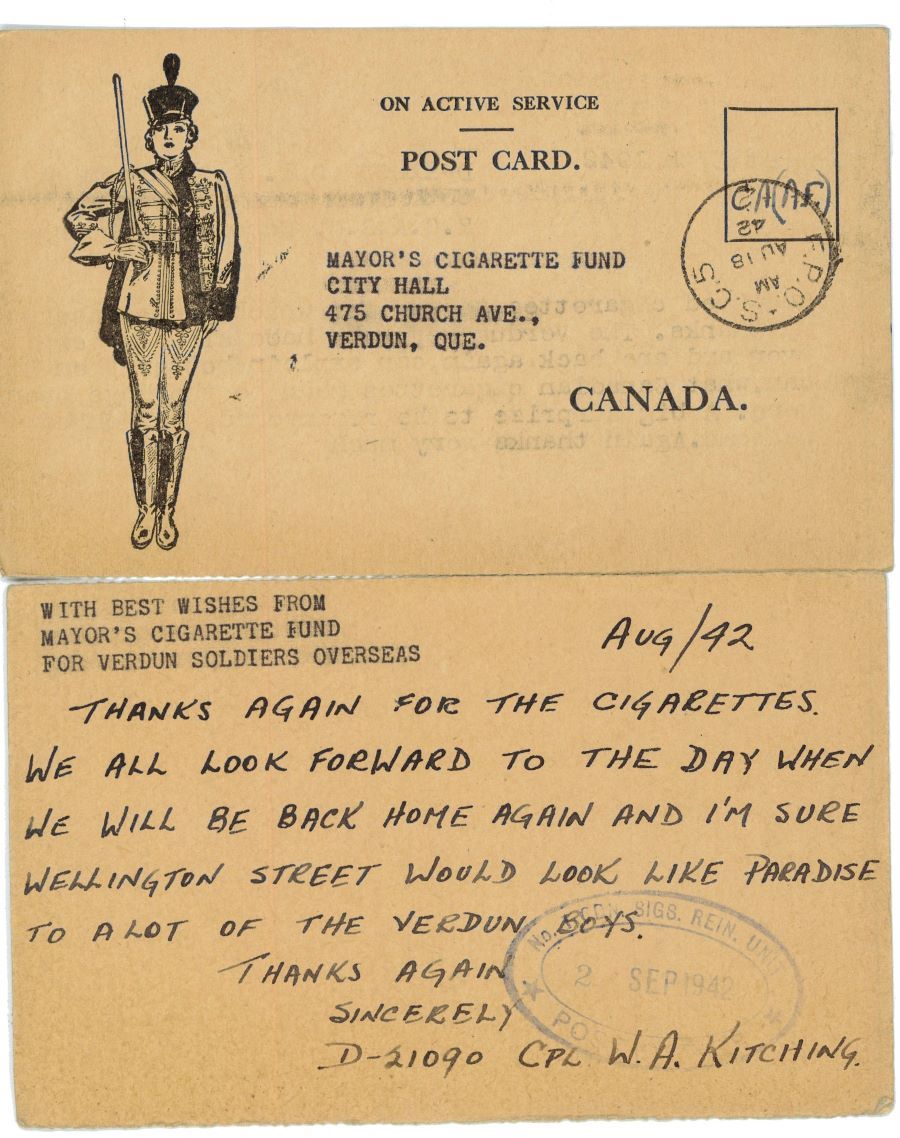 This thank you card to the Mayor’s Cigarette Fund was sent from England by Corporal W. A. Kitching. These postcards were included in the cartons of 300 cigarettes sent to the soldiers overseas. They were encouraged to return the postcards to Verdun City Hall, then located at 457 Church Avenue (present-day De l’Église Street). Between 1941 and 1945, hundreds of these cards arrived at City Hall, some offering snippets of the daily lives of the soldiers dispatched overseas. These cards also proved that the shipments had made their way all across Europe and even as far as Egypt and India!

Here is a full transcript of the card:
August 1942
Thanks again for the cigarettes. We all look forward to the day when we will be back home again and I’m sure Wellington Street would look like  paradise to a lot of the Verdun boys. Thanks again. Sincerely, D-21090 CPL W. A. ​​Kitching