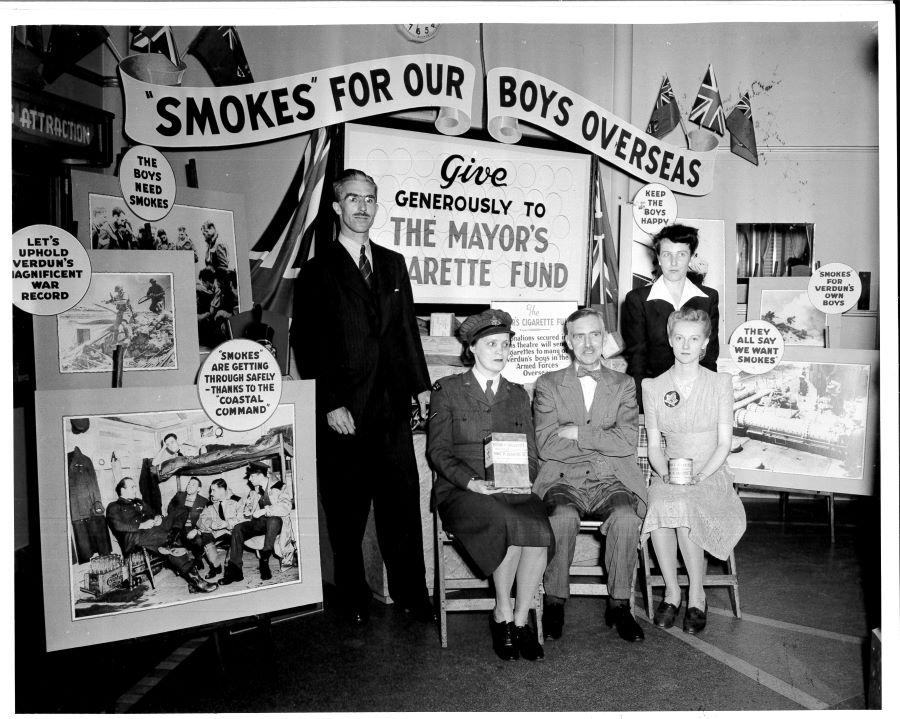 This photograph features Mayor Wilson sitting in front of a promotional display for the Mayor’s Cigarette Fund, exhibited in the lobby of the Fifth Avenue Theatre. Created by the mayor in 1940, the Mayor’s Cigarette Fund was intended to supply a carton of 300 cigarettes to each Verdun soldiers overseas at least once a year. This program was the first of its kind in Canada.

Several promotional campaigns were set up among Verdunites to support the Fund. In 1945, the Fund reported that 3000 Verdun soldiers were registered and, between December 20, 1940 and December 31, 1944, the Fund was able to send them 3 660 768 cigarettes. Even after the war had ended, the Fund continued to supply cigarettes to injured soldiers in hospital until 1950.