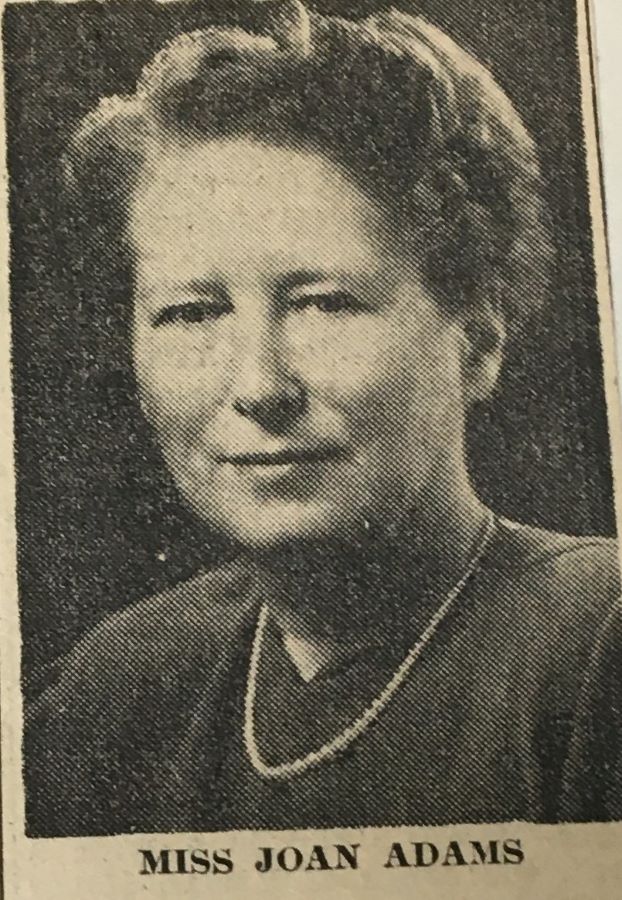 Among her commitments, Joan Adams clearly helped to improve the image of the Women’s Volunteer Reserve Corps and to raise its profile in Verdun.

Transcription:
S.D.: Tell me more about some of the work the corps carried out.
J.A.: The corps was primarily semi-military. And they got involved with the Mayor’s Cigarette Fund, which I ended, because they weren’t there to collect money for cigarettes. They were there to relieve Britain, which needed clothing, medical supplies, small things like stationary, soap and tissues. We were the only ones in Canada to send a mobile canteen to Britain, my Verdun battalion.
J.A.: We did other things. A very rash thing. We sent a large number of toys for Christmas one year. Things were desperate in England. We also aided military plans. Such as, if we had a blackout, we would patrol streets. We also won the cup for the best first-aid team in all of Montréal, you have a photo of that.