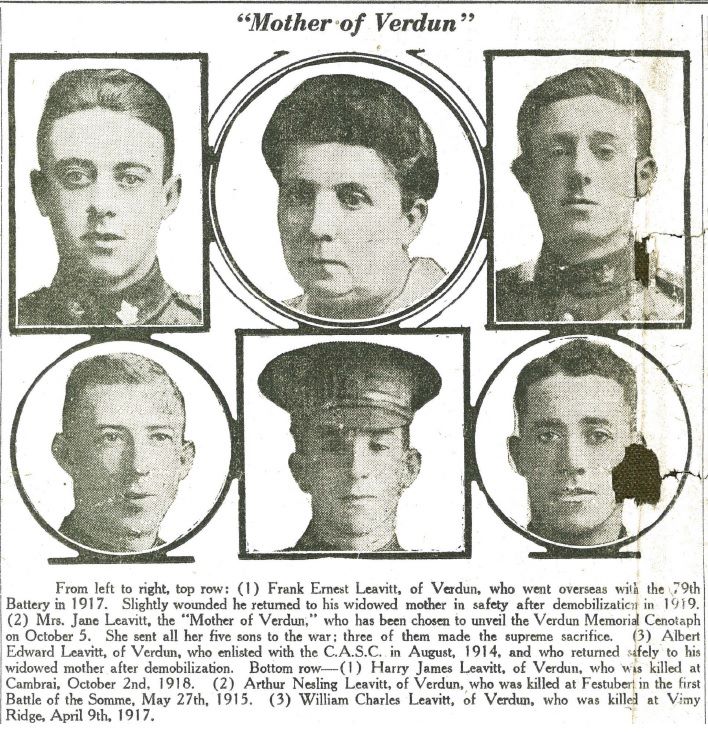 This article features Jane Leavitt, a British immigrant, born in London, who arrived in Verdun in 1913 with her family.

She was chosen by the War Memorial Committee to represent the mothers of Verdun who lost sons during the First World War. Five of her nine sons fought in the war: one returned unhurt, one was injured and three, were killed. From then on, she was known as the “Mother of Verdun.”

On October 5, 1924, she unveiled a monument, The Victory Memorial, in a park at the corner of Wellington Street and Mullarkey Avenue (present-day LaSalle Boulevard). In 1959, it was moved in front of City Hall, in Parc du Souvenir.