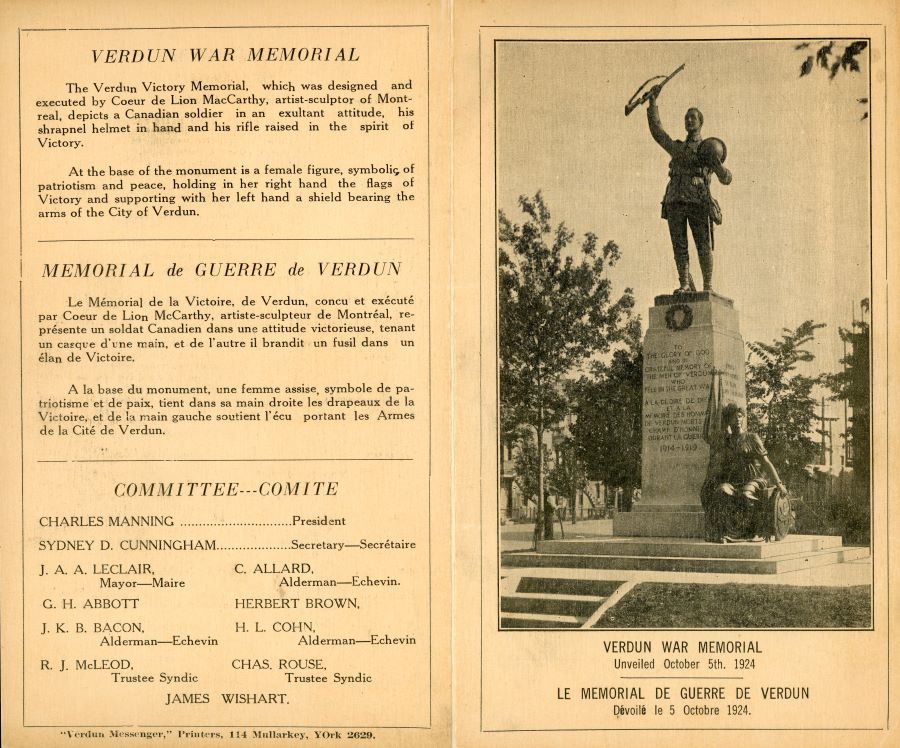 This image presents the October 5th, 1924 program for the unveiling of the cenotaph erected in honour of the soldiers who died during the First World War.

Transcription of the English part of the document:

The Verdun Victory Memorial, which was designed and executed by Coeur de Lion McCarthy, a Montreal artist-sculptor, depicts a Canadian soldier in an exultant attitude, his helmet in hand and his rifle raised in the spirit of Victory.

At the base of the monument is a female figure, symbolic of patriotism and peace, holding in her right hand the flags of Victory and supporting with her left hand a shield bearing the arms of the City of Verdun.

* Today, the cenotaph is known as the Victory Memorial and Monument aux braves de Verdun and is dedicated to those Verdunites who died in the two world wars and in the Korean War.

The following bilingual inscriptions are featured on the facade of the statue’s pedestal:

On the sides are the names of the main battles in which the Verdunites fought: