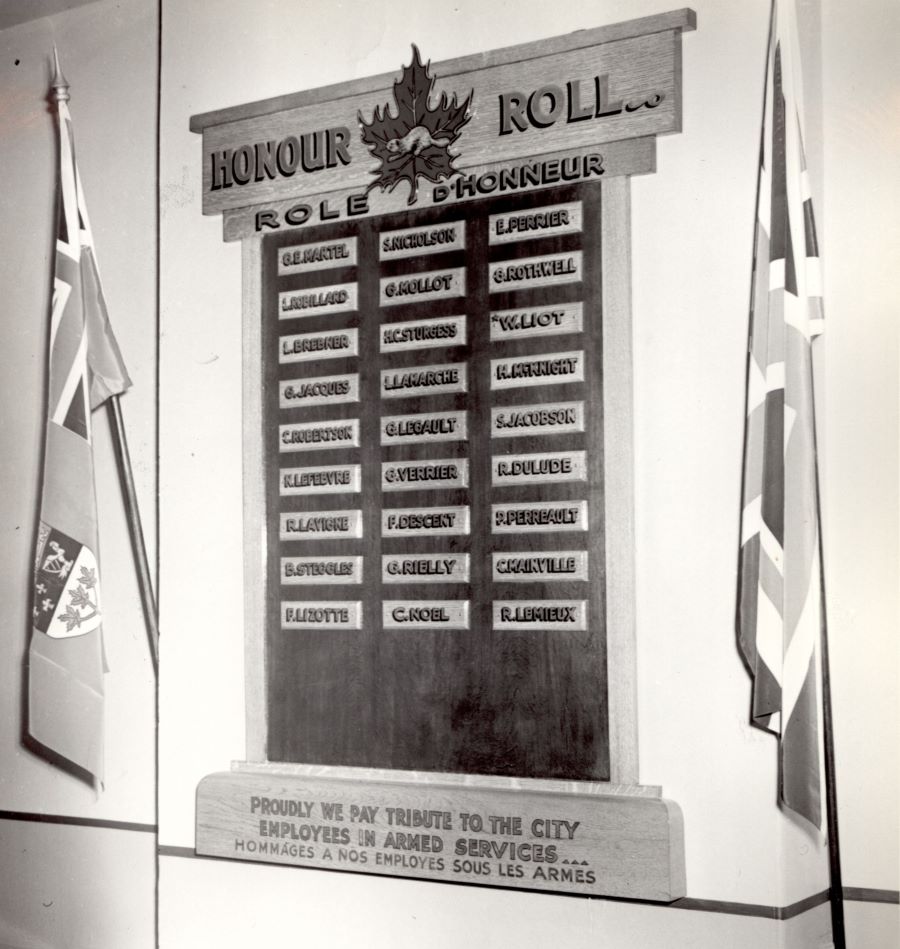 City employees having enlisted in the war were recognized on this honour roll. Throughout the war, the Mayor of Verdun never hesitated to encourage his own staff to enlist, in particular by promising that their jobs would still be there for them when they returned. He also supported sending home-defence conscripts overseas, if necessary, during the 1942 plebiscite on conscription. He was also opposed to anyone being exempted from home-defence duties, even his own police officers and fire fighters!