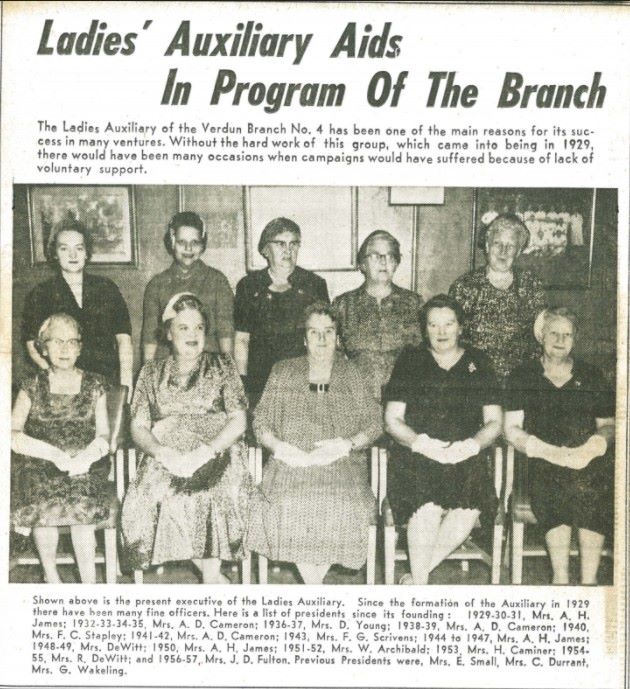 Following the wars, Verdun’s women continued their work on behalf of veterans and the community at large. They formed the Verdun Ladies’ Auxiliary in Branch 4 Verdun and in Branch 202 Crawford Park and provided considerable assistance to the Canadian Legion.