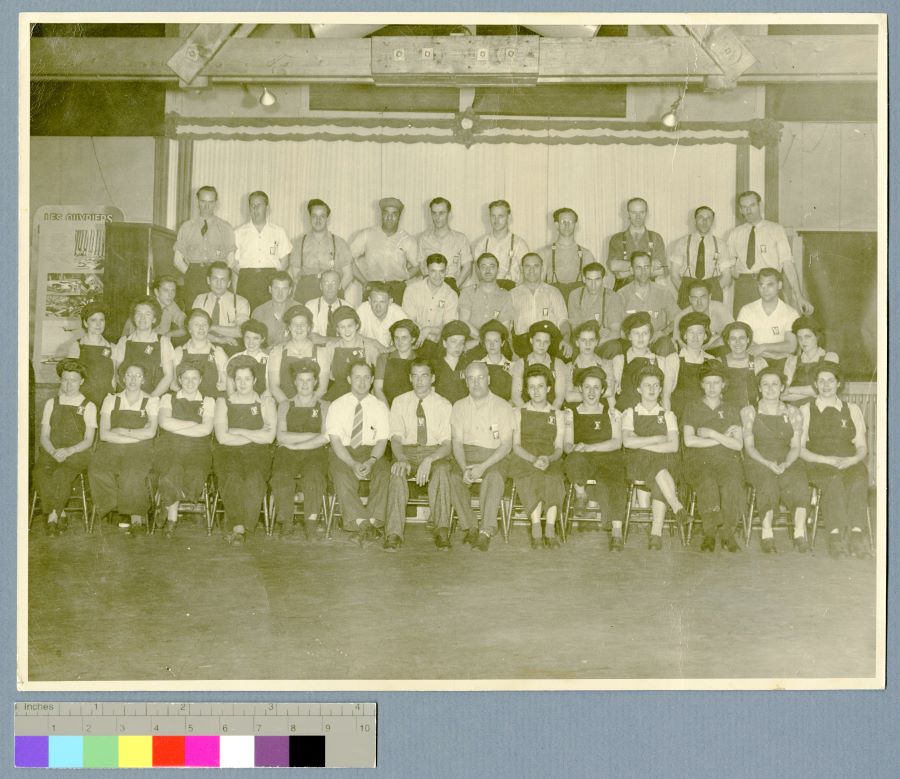 The photograph shows a work team at Defence Industries Limited in Verdun. Close to 7000 people were working there in December 1942. Production decreased as Allied victory became more certain. Many employees were dismissed and, at the end of 1944, only 2000 workers remained.

Munitions factory workers had to follow safety and productivity rules. Women had to tie their hair back and wear a head covering, and were required to wear flat shoes. Several factories required them to wear a uniform or loose clothing to facilitate movement. As seen in the photograph, at the Verdun factory, women wore overalls and a mesh cap that served as a hairnet.