In the early 20th century, the Triton Fish and Game Club was frequented by some of the world’s biggest names. Among them was U.S. President Theodore Roosevelt. Fond of rocking chairs, he didn’t hesitate to have his own brought to Mauricie by train. It can still be admired today at the Seigneurie du Triton clubhouse. With its swan-shaped wooden armrests, it doesn’t go unnoticed in its spot by the fire. Originally upholstered in leather, it is now stuffed with straw and decorated with inspiring thematic fabric. 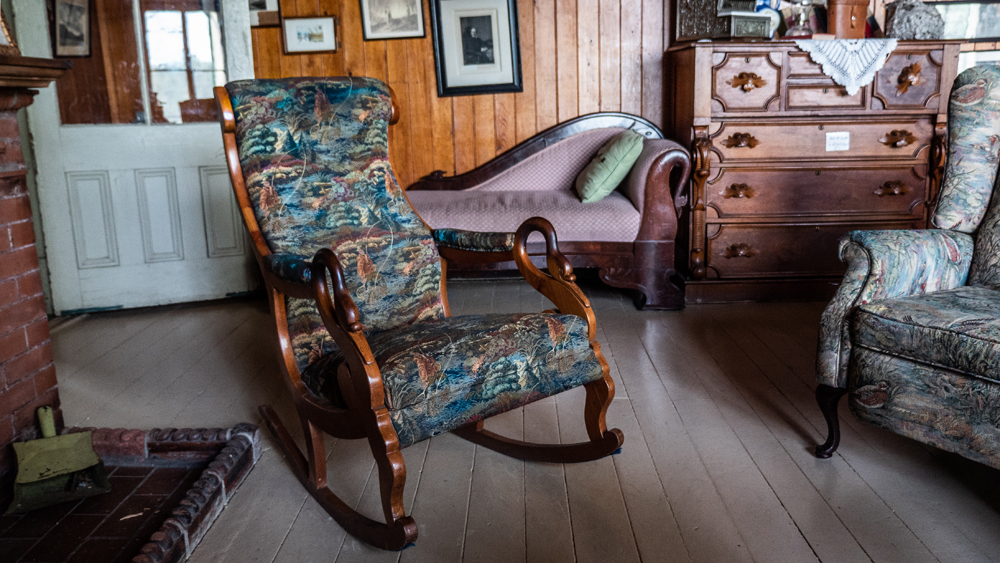 For many years, the incredibly wealthy Anne Stillman leased a 500-square-mile domain to indulge her love of fishing. On the same land, Pourvoirie J.E. Goyette was reserved exclusively for her son Alexander Stillman. From 1930 to 1983, Ernest Goyette was the property’s guardian. It was in cottage No. 1, with its beautiful stone chimney, that Anne Stillman’s grandchildren took their first steps. 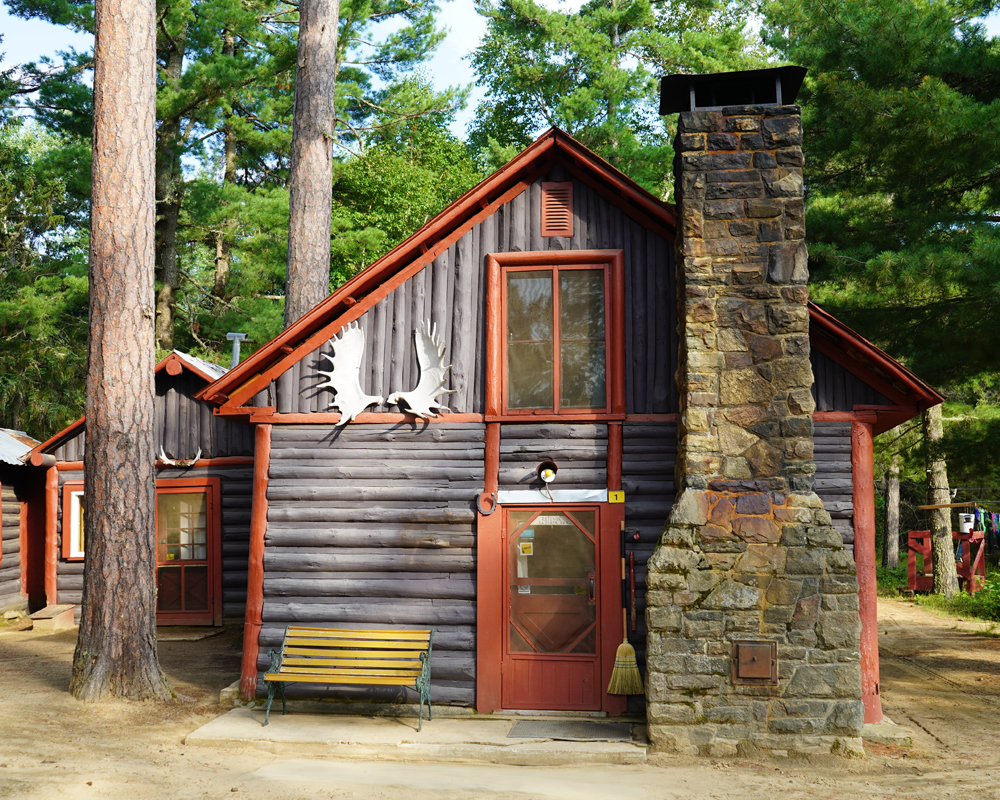 Chimney of cottage #1 at Pourvoirie Goyette, 2018 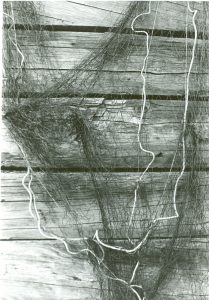 As far back as they can remember, Mauricie’s Indigenous people have always fished with a net. The Grand Chief of the Atikamekw Nation, Constant Awashish, still tells how, as a young boy, he would go out net fishing with his grandfather to bring back something for his family’s dinner. The elders made their own nets, and Indigenous people still use that same millennia-old know-how today to catch food for their tables.

In Mauricie, just like elsewhere, the methods for making a birch bark canoe vary depending on whether the maker is Algonquin or Atikamekw. One thing is sure: the birch bark canoe was the first means of transportation able to carry people and goods across Mauricie’s vast network of lakes and rivers. Strong and light, it is perfect for portaging and able to carry heavy loads. The desire to copy that unique know-how was a natural result.

To learn more about making a bark canoe, see the documentary produced by the National Film Board (this link is external) : wikwas timanikan – César’s bark canoe

The Great Fisherwomen of History Fishing: Not Just for Grown-ups