Around the year 1870, land surveyor Horace Dumais took a close look at the territory. His goal was to identify for the Québec government a straight-line route to the Saguenay–Lac-Saint-Jean region across the Laurentians. His efforts led to the construction of a railway that finally broke Saguenay–Lac-Saint-Jean out of its isolation, providing access to Mauricie’s forests and lakes at the same time. In this way, the region was gradually opened up to settlement, after being considered by many to be “an uninhabited and even uninhabitable territory that could only ever be of interest to moose hunters” [Source: Un siècle d’histoire by Sylvain Gélinas (Free translation)]. 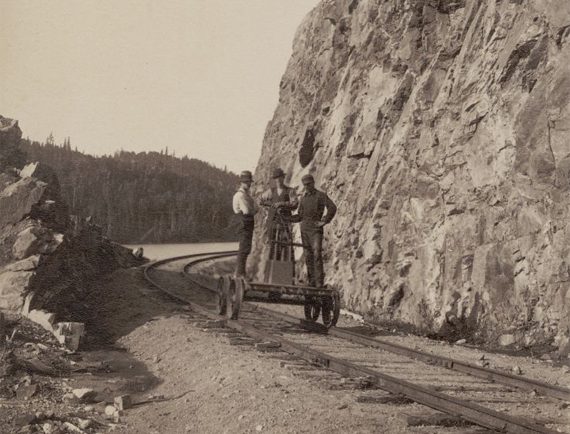 The first train line to begin operations connected Saint-Raymond to Roberval via Lac-Édouard. Made of maple topped by metal stringers, the railway got off to a shaky start before resuming service in 1885 with help from government subsidies. In 1888, the Chambord section was officially opened by the Honourable Honoré Mercier, then-Premier of Québec. 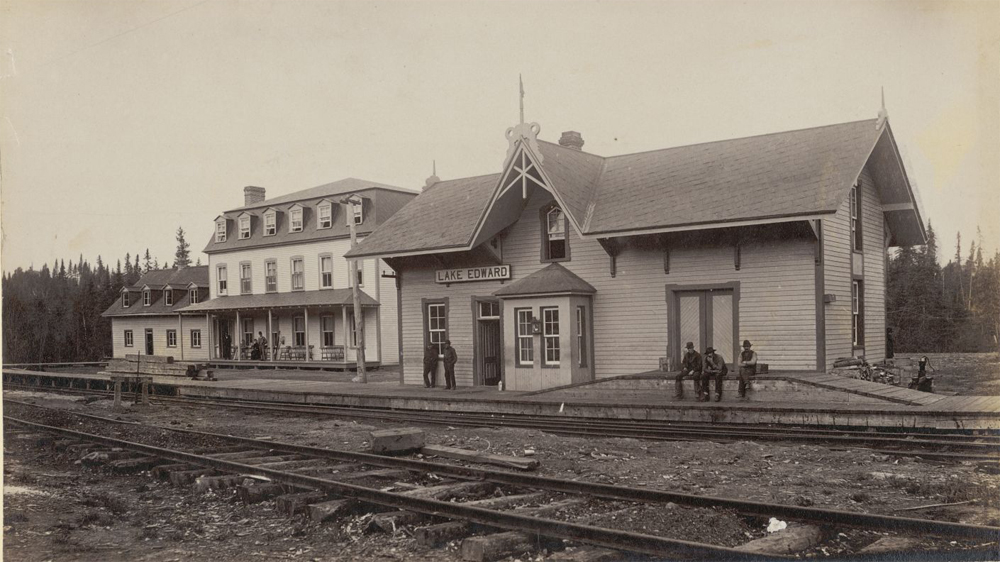 After falling victim to flames in 1900, the Lake Edward train station was rebuilt in 1906 by Compagnie Québec-Lac-Saint-Jean, the owner at the time. The Lake Edward station played an important part in the history of Upper Mauricie, enabling many families to settle in the region from 1915 on. Private clubs, which also benefited from the railway’s development, provided work and housing for numerous families. 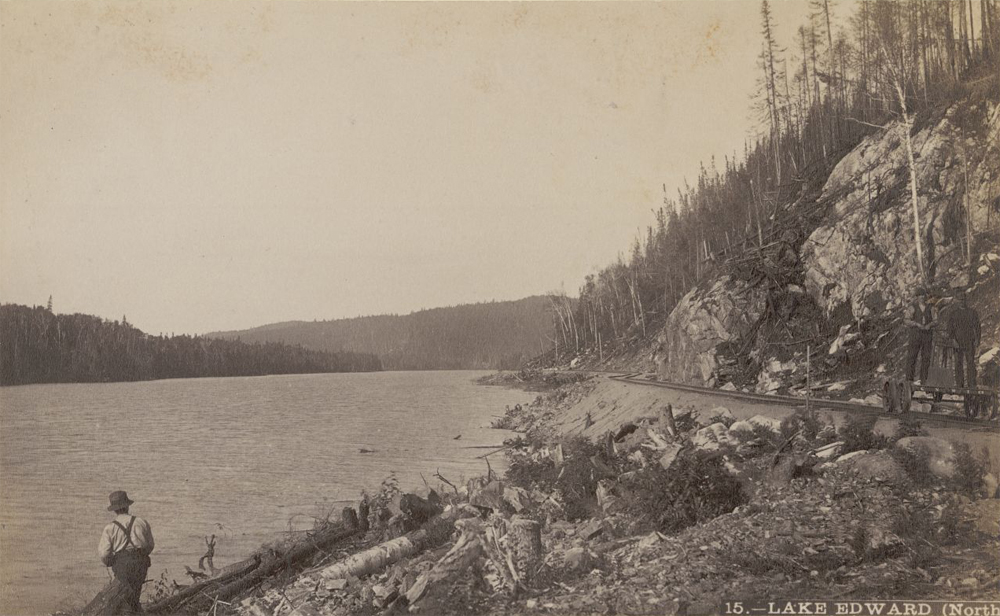 Today, the railway is the property of VIA Rail, which provides regular service for the public and especially for the many anglers drawn by the region. Two lines service Mauricie: Montréal–Saguenay–Lac-Saint-Jean (with a stop at Lac-Édouard), and Montréal-Abitibi (with stops in La Tuque, Parent and Clova). Some say it’s an iconic trip that you should do at least once in your lifetime. A number of outfitters, some of which were once private hunting and fishing clubs, can now be reached by the train line. Passengers have only to indicate the kilometre post where they want to disembark and the train will let them off, stopping to pick them up again a few days later.

The Saint-Maurice River: The Focus of Development Private Clubs Join the Big Leagues