Tregunno’s Farm, c.1946, Exiles in Our Own Country, Courtesy of Addie Kobayashi.

Throughout the spring and summer of 1942, special trains left Vancouver for the interior of British Columbia. To the casual observer the trains seemed no different from any other passenger train … and that while the trains left Vancouver fully loaded, they returned empty. Only those close enough to see the black-haired figures at the windows would have known for certain that those special trains were carrying Japanese Canadians into exile. 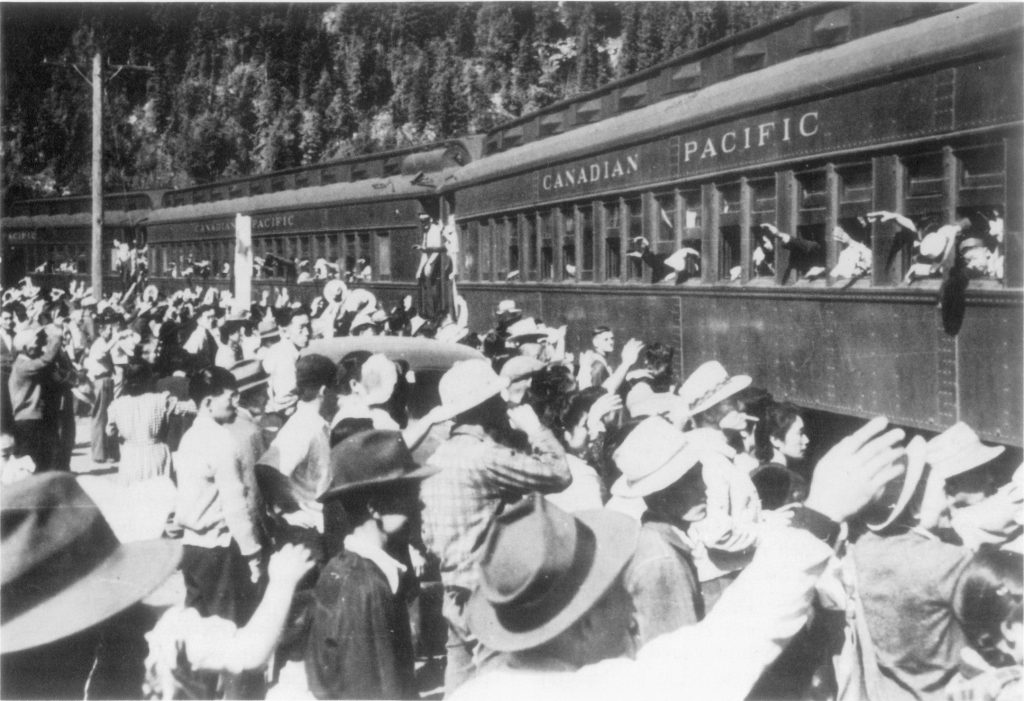 Japanese Canadians on their way to ships which would take them to Japan, c. 1942, Exiles in Our Own Country, Courtesy of Addie Kobayashi.

Explore the experiences, hardships, and trauma of Japanese Canadians who were forcibly displaced to Ontario in the 1940s and 1950s.

This is a Canadian story of hardship but also of great resilience. This is the story of Japanese Canadians in Ontario.