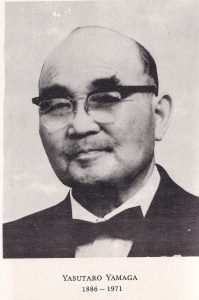 Yasutaro Yamaga moved to British Columbia in 1908. He dreamt of one day owning 5,000 acres of Canadian farmland. Yasutaro became involved in agriculture and was well respected in his community. Once exiled, Yasutaro and his family fled Maple Ridge, British Columbia to Hamilton, Ontario.

Dispossession: The action of depriving someone of land, property, or other possessions. 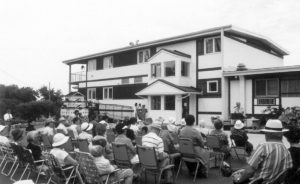 Grand opening of the Nipponia Home, Courtesy of the NAJC.

A man with a passion for activism and bridging cultural barriers, Yasutaro dreamt of opening a home to serve aging Japanese Canadians. In 1958, Yasutaro’s persistence made his dream a reality. A $25,000 donation of Yamaga’s personal savings and $27,000 from 853 community donors brought the project to life. Other issei founding members included Toyonori Namba, Takashi Komiyama, Tomiyo Uyehara, and Takaichi Umezuki. 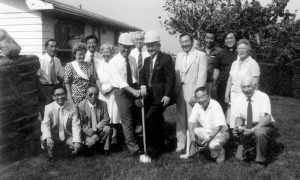 Jack Oki, a longtime executive member and chairman of the Board of Directors, is pictured during a major renovation of Nipponia Home in the mid-1990s, Courtesy of the NAJC.

In a joint initiative between the Lincoln community and the province of Ontario, the Nipponia Home opened in Beamsville. It became the first home for Japanese Canadian seniors in Canada. Architects Henry Fliess and George Yamazaki received a Massey Silver Medal in Architecture for the design. 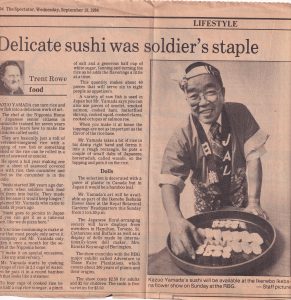 “Delicate sushi was a soldier’s staple”, The Spectator, September 18, 1964, Courtesy of the Lincoln Public Library, D152.

Both the cultural traditions and the residents themselves made the Nipponia Home unique for its time. All had faced the harshest injustices. The Nipponia Home served the Lincoln community for 42 years, closing its doors in 2000. It was a sad time for the residents. After years of repeated displacement and relocation, they felt they had finally found a home.

Re-forming the Community From Exiles to Excellence