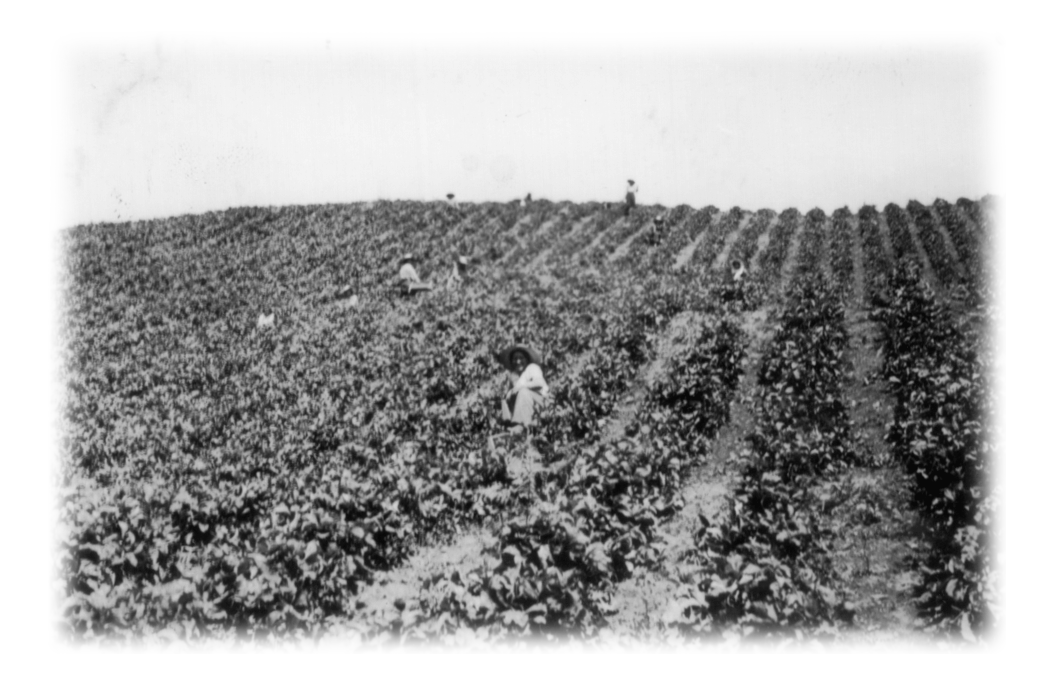 Japanese Canadians working in the fields, Courtesy of Addie Kobayashi

As the war sent men from farm fields to battlefields, the need for labourers became desperate. The 1930s Depression and the demands of the war caused a labour shortage. Niagara farmers started to recruit Japanese Canadians to fill this need. The high demand for labour and fewer discriminatory laws in Ontario resulted in better treatment and grudging acceptance for Japanese Canadian workers. Many who vehemently opposed the arrival of Japanese Canadians in Ontario began to hire them. 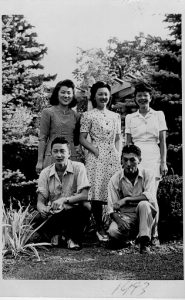 Many farming families in Lincoln, Ontario, like Prudhommes, Tregunnos, Boeses, and Schenks welcomed Japanese Canadians. Isbrandt Boese enjoyed the working relationship with the Japanese Canadians. As a Mennonite exiled from Russia, Isbrandt understood the challenges and hardships of being displaced.

Isbrandt recalled that people said, “be careful of the Japanese people,” “they’d take your scalp off before you know [it].” Yet he remembered meeting Mrs. Ei Hotta, who was “tiny”  and had a bright smile. 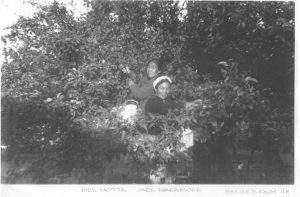 Farmers who chose to hire Japanese Canadians were sometimes also targeted. On March 26, 1943, some Beamsville residents burned a cross in front of C.H. Prudhomme’s Farm, protesting Japanese labour in his nursery gardens. 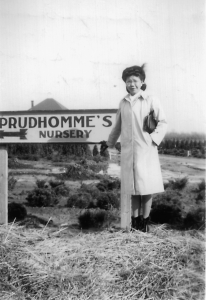 Yet there were also those who received respectful and generous treatment by Niagara locals. The Prudhomme family hired Dick and Sally Ujiye to work on their fruit farm. Sally described the oldest son John Prudhomme as “kind.” Many Japanese Canadians felt the work, accommodation, and treatment in Niagara was more humane than internment camps or sugar beet farms. 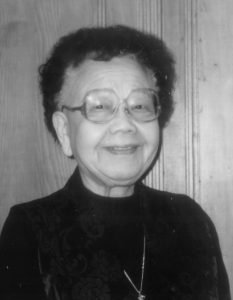