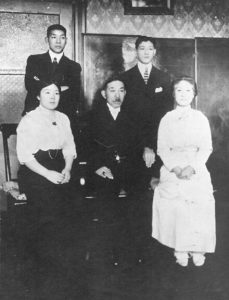 Racial tensions always lurked beneath the surface. In California, this culminated with the formation of the Asiatic Exclusion League (AEL). The AEL moved north, arriving in Vancouver in 1907. On September 7, 1907, an anti-Asian mob descended on the Asian districts in Vancouver. They vandalized homes and businesses and assaulted many people. The following year, immigration from Japan was capped at 400.

International tensions against Japan created more restrictions on Japanese Canadians. In the spring of 1941, Japanese Canadians were issued registration cards. The cards categorized them as either Japanese nationals, naturalized, or Canadian-born citizens. They also registered children when they reached the age of 16. Government-sanctioned racism was rampant in British Columbia. This stoked fear that spread to the rest of Canada.

Exiles in Our Own Country The Tipping Point