Community gatherings led to further discussions of compensation. In 1980 a Special Joint Committee on the Constitution was struck by the Canadian government.

A rally for redress was held at Parliament Hill on April 14, 1988. It was a dramatic moment in the history of the human rights campaign. 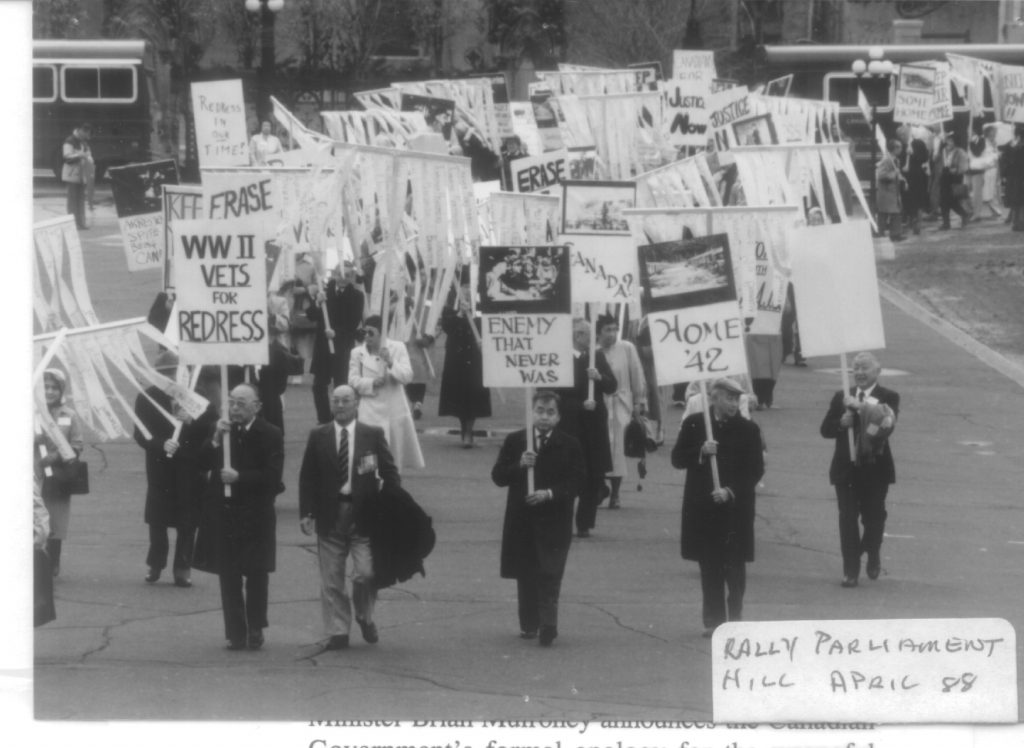 Lynn Kobayashi, daughter of Addie and Bill Kobayashi recalls preparing for the rally:

On March 1988, a visit to my parents with [my] baby infant Steven in tow, I found their home crowded with placards. Dad constructed most of the placards carried at Redress Rally … My brother Jack, a fledgling architect, printed large historical photos on a blueprint machine at his university. My great uncle Tom affixed these photos to the placards. Dad’s sign read, “Enemy That Never Was.”

Redress: to remedy or compensate for a wrong or grievance. 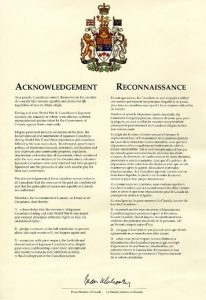 On September 22, 1988, Prime Minister Mulroney publicly apologized to the Japanese Canadian Community. The Redress also provided $12 million towards the creation of the Canadian Race Relations Foundation. The book, Exiles in Our Own Country, Japanese Canadians in Niagara (1998) was one project that resulted from this community fund.

Hattie Tanouye, who had helped promote the Campaign for Redress, thought the outcome was “the best news I had heard in years.”

From Exiles to Excellence Connecting Past & Present