By the spring of 1942, Japanese Canadians were subjected to further registration and a curfew. Radios, cameras, firearms, musical instruments, and motor vehicles were confiscated. Promises made to Japanese Canadian families that homes, farms, and businesses would be returned were not kept. 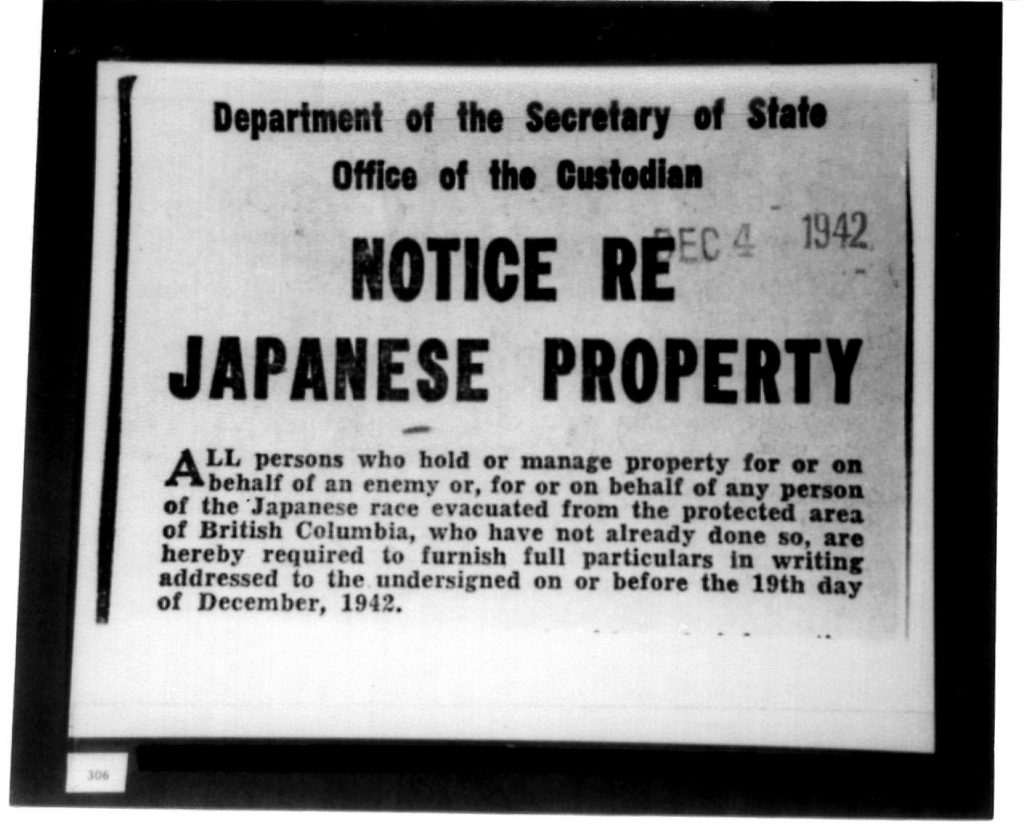 Notice Re Japanese Property, Department of the Secretary of State Office of the Custodian, December 4, 1942, Courtesy of Addie Kobayashi 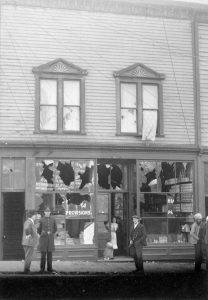 Looting and vandalism were rampant. All assets were sold for a fraction of their market value – estimated to be as low as 10%. Proceeds from the sale of Japanese Canadian possessions went to pay for their incarceration in internment camps. War veterans received stolen farmlands.

In 1949, restrictions on Japanese Canadians were removed and they were given the right to return to the coast of British Columbia. As homes, farms, and businesses were sold or looted, nothing but trauma remained.

We went to Vancouver last May – I didn’t feel like going– it seemed to me it was my graveyard…My biggest regret in this whole thing is the loss of my mother’s property in Surrey…forty acres, and to think the government takes the land, sells it to a developer…that hurts. 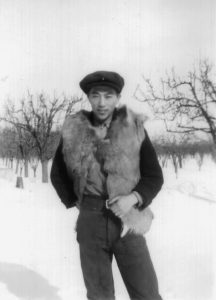 Tosh Uyede, relates how he and his father lost their fishing boats:

We fishermen were ordered to report with our boats to a naval station at Ogden Point, at the entrance to Victoria Harbour. Not knowing what to expect, we were utterly unprepared. They immediately disabled our boats and kept us prisoners on our boats.

We had very little provisions, so we asked the guards to buy us some. We asked for permission to phone home to say we were okay, but were flatly refused. Three or four days later we were ordered to another destination under escort. 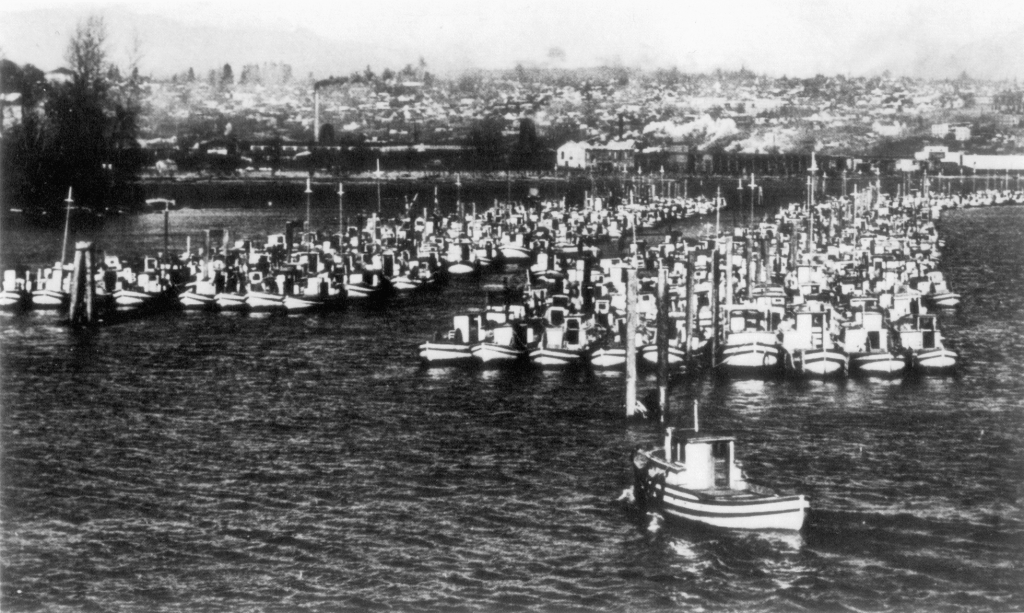 We were not told where we were going. We arrived at Steveston where they tied up our boats and told us to go home. How did they expect us to travel back to Victoria? Luckily were able to borrow money from friends in Stevenston to pay for our fare home.