Labour shortages from the war affected many industries, including factory work. As Japanese Canadians began moving east of the Rocky Mountains, they also began to fill the shortage of factory workers.

The McKinnon factory was a General Motors hardware and auto parts plant in St. Catharines, Ontario. Workers protested the hiring of Japanese Canadians, and because of this, many were only given low-paying and labour-intensive jobs at McKinnon. 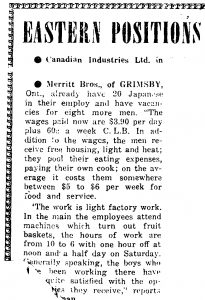 Denied work at McKinnon, Harry Kurahara went to work at the Merritt Basket Factory in Grimsby, where he also experienced racism from some of his colleagues. Kurahara felt most of his coworkers, including his foreman, treated him with respect.

Basket factories were another industry that employed significant numbers of Japanese Canadians. Masao Nishikawara and his three sons were all employed at the Prudhomme and Sons. The Prudhommes owned a large nursery, fruit orchard, and basket factory in Beamsville. 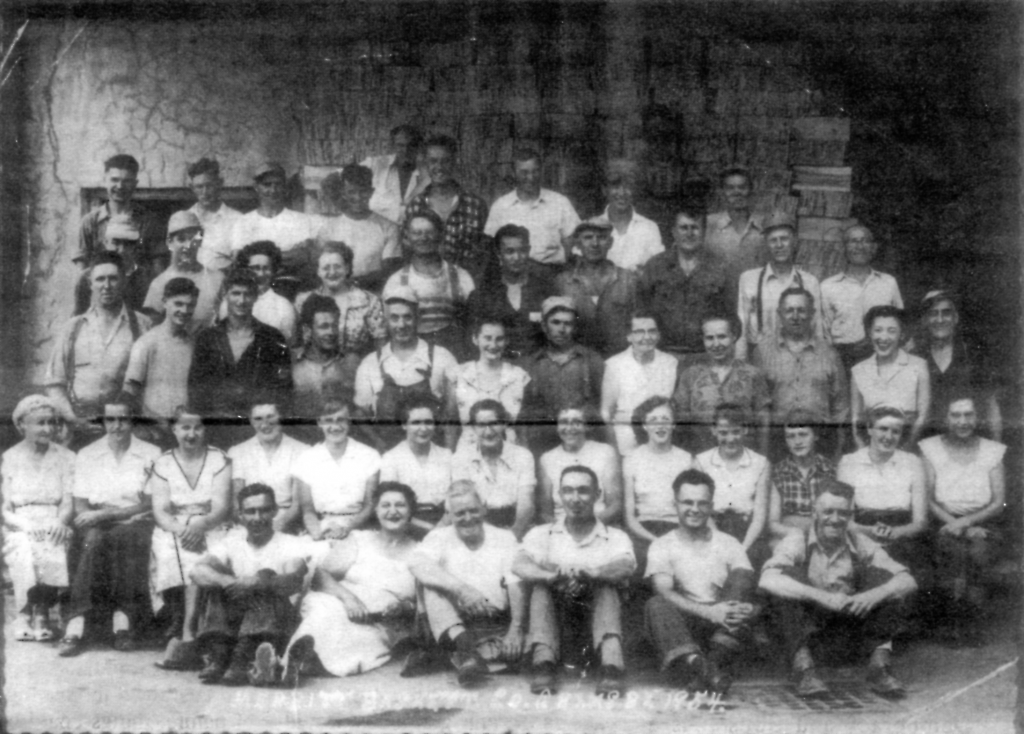 “Occupations of Japanese Adults in Eastern Canada”, Department of Labour Report on the Administration of Japanese Affairs in Canada, 1942-1944, Courtesy of Addie Kobayashi.