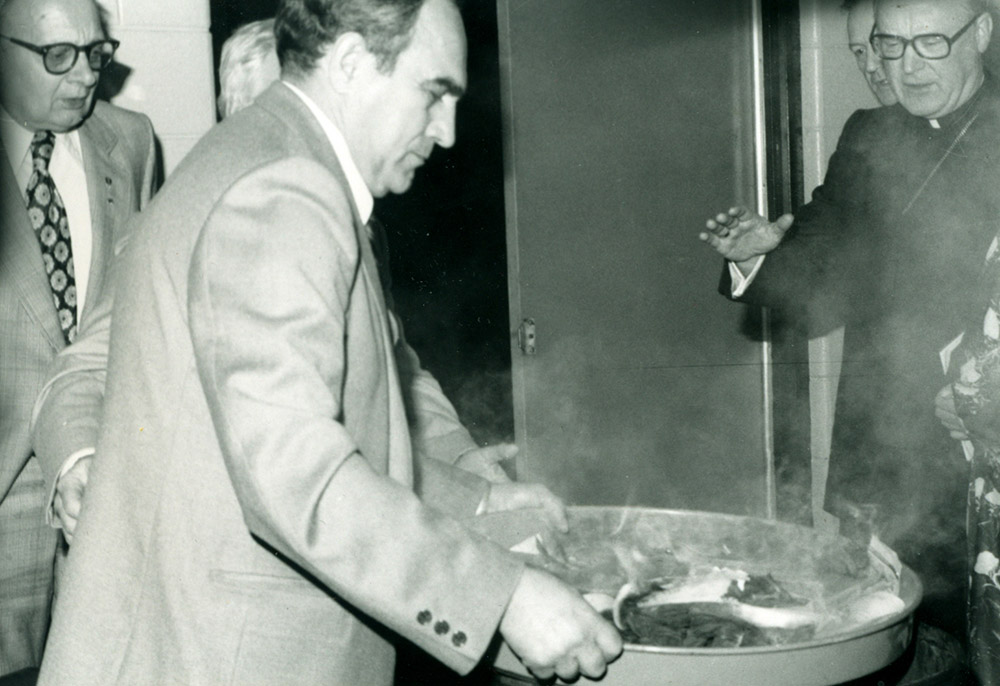 Once the speeches were given, Rev. Derwyn Hill, an original builder who was later ordained, led the “Benediction and Burning” of the mortgages. Could the co-operators have imagined this day, all those years ago, as they studied and toiled? There must have been a great deal of satisfaction as they looked around the room at their families and co-op neighbours. They had built a home and a community. 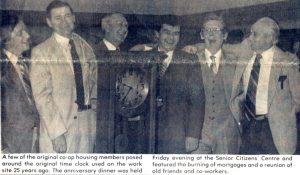 On November 6, 1981 builders name ?, Jack Morrison, Name ?, Ed Gauthier, Ted Gallagher, Jim Greenlee gather around the original time clock used on the building site. The clock would be the centrepiece of the 60th anniversary exhibit at the Grimsby Museum in 2016. 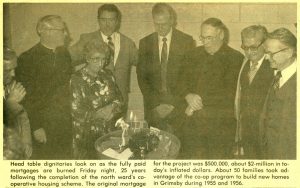 The co-op story and the anniversary celebration received thoughtful local news coverage in November 1981. The Grimsby Independent, also covered the homebuilding venture when the co-operators first arrived in town and various events over the years.