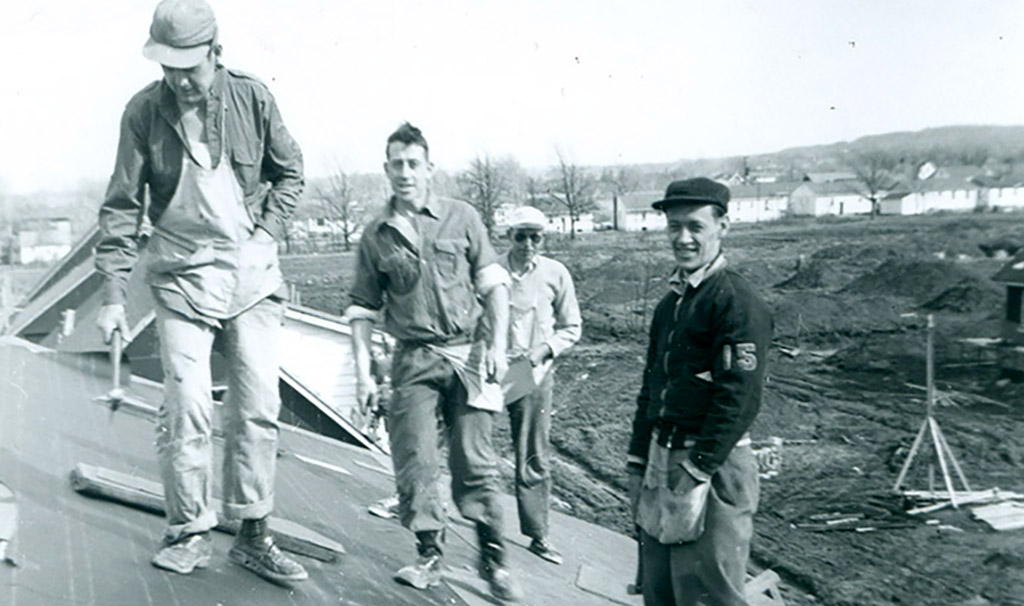 By 1954, after a year of study and preparation, the co-op homebuilders were well into the sweat equity part of the build.  They worked in teams, in the evenings after their day jobs as long as there was light and into the weekends. Although they did much of the grunt work (under the guidance of supervisors), they also gained new skills. Teams became very efficient and learned to save time and money.