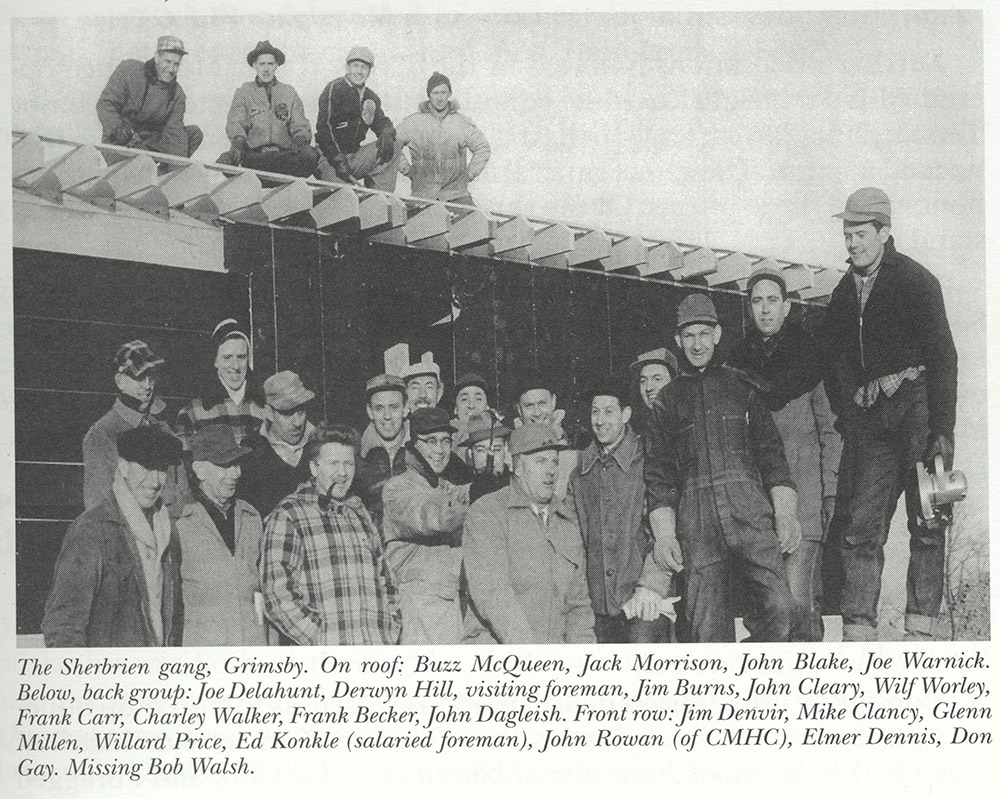 Source: “The Light from One Candle” by Rita Marrocco

Although John Blake captured most of the men at the work site on 8 mm film, this is a rare group photo.  Don Gay (far right) is holding the only electric saw they owned. It remains in The Grimsby Museum collection.

The Sherbrien-Cathedral Heights co-op were able to share some of the lessons they were learning along the way with the Lakedale group who had started just after the first 2 groups.